This male bias strain does not carry the gene drive technology. The mosquito is fertile and it is genetically modified to produce mainly male offspring (up to 95% in the laboratory). The male bias strain is not a vector control tool. The purpose of this phase is to understand this new fertile strain, develop capacity, train Target Malaria teams and engage with regulatory authorities and stakeholders.

The male bias mosquitoes were initially developed at the Crisanti Lab at Imperial College London, then bred and tested at our partner institutions Polo d’Innovazione di Genomica, Genetica e Biologia (PoloGGB) in Italy and the Center for Disease Control and Prevention (CDC) in Atlanta, USA. Additional safety studies have also been conducted by specialised research organisations. The mosquitoes will be used for contained use studies in our Arthropod Containment Level 2 (ACL2) insectary in Burkina Faso. The insectary has recently been inspected and certified by the National Biosafety Agency.

This import marks the launch of a new phase of work for Target Malaria in Burkina Faso, the first country in Africa to import and conduct contained use studies on the male bias strain. It follows the three years of successful work on the non gene drive genetically modified sterile male mosquitoes.

The import of eggs for contained use experiments was authorised by the ANB and the community surrounding the insectary.

It is important to note that this authorization does not include an environmental release, all the work will be done under containment at our insectary.

Once the colony is established, IRSS researchers will conduct a number of studies and will report the results to the ANB and stakeholders:

As in the previous phases, IRSS informed and consulted the communities around the insectary about this new phase of work. The consultation process resulted in the expression of agreement given by the consultative group for contained use studies.

The approvals from the ANB and the agreement from communities around the insectary demonstrate Burkina Faso’s commitment to researching new tools for malaria control. IRSS and Target Malaria are implementing a cautious step-by-step development pathway for this research and are committed to respecting ethical, biosecurity and safety rules.

We believe this new phase of work is taking us one step closer to finding long-lasting solutions to fighting malaria in Africa. It is all the more important for my country, Burkina Faso, which is among the ten high-burden countries for malaria cases and deaths with over 29,000 estimated deaths and 12 million infections in the last year (World Malaria Report 2021). 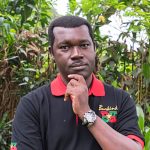