The goal of all of the gene drive approaches we are investigating is to produce genetically modified  Anopheles gambiae  mosquitoes that can pass a genetic modification on to a high percentage of their offspring, so the modification is established throughout the specific population relatively quickly and is effectively “self-sustaining”. The objective of the genetic modifications we are making is to reduce the number of female  Anopheles gambiae  mosquitoes because they are the ones who transmit malaria when they bite humans.

To do so, we are introducing genes that produce enzymes (called nucleases) into  Anopheles gambiae. These enzymes recognise and cut very specific sequences of DNA. In Target Malaria’s case, our researchers precisely cut and therefore disrupt the specific gene sequences of interest to our researchers, such as fertility genes or sex determination genes that will impact reproduction and thus population size. This makes the reduction of the malaria mosquito population relatively cost-effective and sustainable to implement because the mosquitoes themselves do the work.

Two of the main areas we are currently focusing on are biasing the sex ratio of mosquito populations and reducing female fertility. 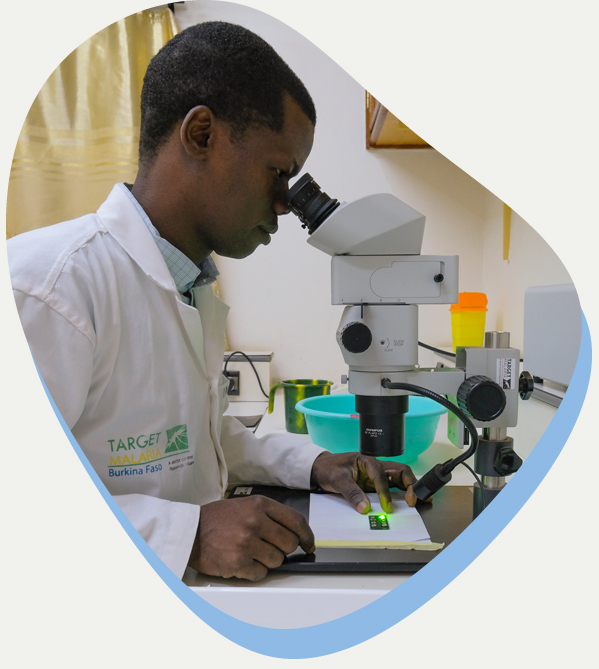