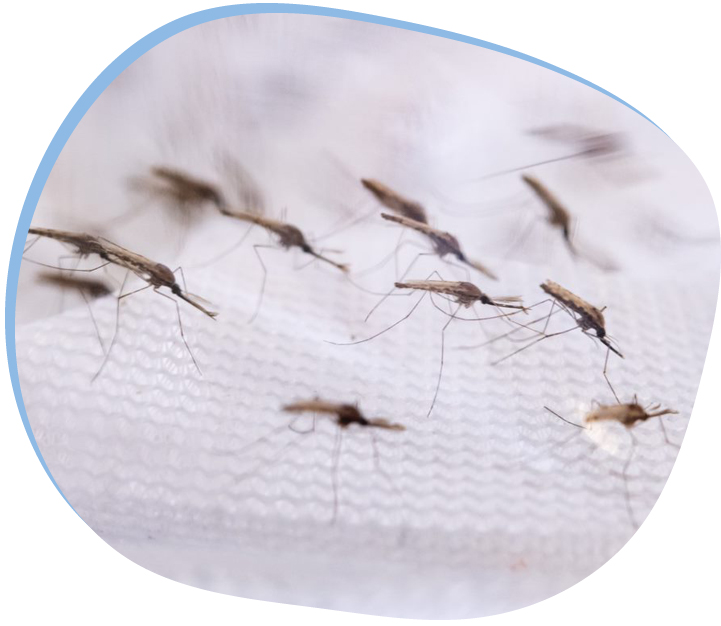 Our development pathway started in 2008 with a genetically modified sterile male Anopheles gambiae mosquito as proof of principle in the laboratory at Imperial College London. We did not use gene drive technology to develop this type of mosquito. The sterile males can mate with wild females, but the mating does not result in any viable offspring.

To create these sterile males, we used a nuclease gene that, when activated during sperm production, fragments the X chromosome of the sperm and of the egg upon fertilisation. This modification means that the eggs do not hatch, and therefore no offspring are produced. The modification cannot be passed on to future generations of mosquitoes.

The primary purpose of this stage of our research was for our teams to acquire knowledge, training and build operational capacity. It was a stepping stone. This stage allowed us to start a conversation with our local stakeholders in the communities where we conduct project activities, as well as with national and international stakeholders.

We concluded our work on the sterile male mosquitoes in 2021 and are starting our new phase of work on the non gene drive genetically modified male bias mosquitoes. We first developed our genetically modified sterile male non gene drive strain under contained laboratory conditions at Imperial College London. Following these early experiments, we further assessed the mosquitoes in collaboration with the University of Perugia and PoloGGB in Italy in large cages (up to 9.2m3). The data generated from these experiments was submitted to the regulatory authorities in Burkina Faso and Mali to request importation permits to allow work under containment in both countries.

Research in containment in Burkina Faso and Mali

Regulatory dossiers were submitted to the relevant authorities of Burkina Faso and Mali requesting permission to carry out research in the insectaries under a contained use permit. Each dossier went through a thorough review by the relevant national authorities of each country, who decided to allow the importation of the non gene drive genetically modified sterile male mosquitoes to the institution’s Arthropod Containment Level 2 insectaries where they were to be studied further. The importation took place in 2016 in Burkina Faso and in 2019 in Mali.

Our team at IRSS in Burkina Faso submitted a dossier to request a permit to their national regulatory authorities to conduct the next stage of their research: a small-scale release of the non gene drive sterile male mosquitoes. The application was successful and the release took place on 1 July 2019.

Conclusion of the work on the sterile male