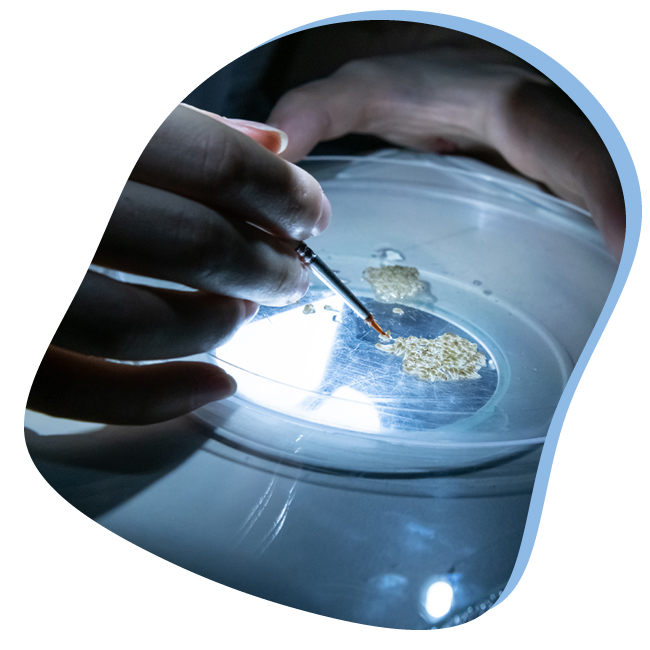 Following development of the non gene drive sterile male, the Target Malaria team developed a genetically modified Anopheles gambiae  mosquito that could successfully mate and produce offspring, but in which the genetic modification would only persist for a limited period of time before disappearing. This mosquito does not carry a gene drive element that biases inheritance.

The effect of the modification in the laboratory mosquito population is that most progeny are male; hence the name “male bias”. Male mosquitoes do not bite and therefore do not transmit disease.

The non gene drive male bias mosquitoes were created by using a nuclease gene that, when activated during sperm production, fragments the X chromosome of the sperm, resulting in a mosquito that mainly has Y-bearing sperm and thus produces predominantly male offspring.

The nuclease gene is inserted into a mosquito autosome. An autosome is any chromosome that is not a sex chromosome.  Anopheles gambiae  mosquitoes have two pairs of autosomes and one pair of sex chromosomes. Non-driving genes on autosomes are inherited by 50% of offspring.

The purpose of the non gene drive male bias mosquito is to better inform the development pathway of our final technologies by conducting extensive studies on this mosquito, to build our teams’ capacity and to strengthen and widen our stakeholder engagement.

The non gene drive male bias mosquito colonies are held in our laboratories in Europe, in the United States, and in Burkina Faso. Following approval from regulatory authorities and community agreement, our team in  Burkina Faso  imported the male bias mosquitoes for contained use work in their Arthropod Containment Level 2 (ACL-2) insectary in Bobo-Dioulasso in 2022.