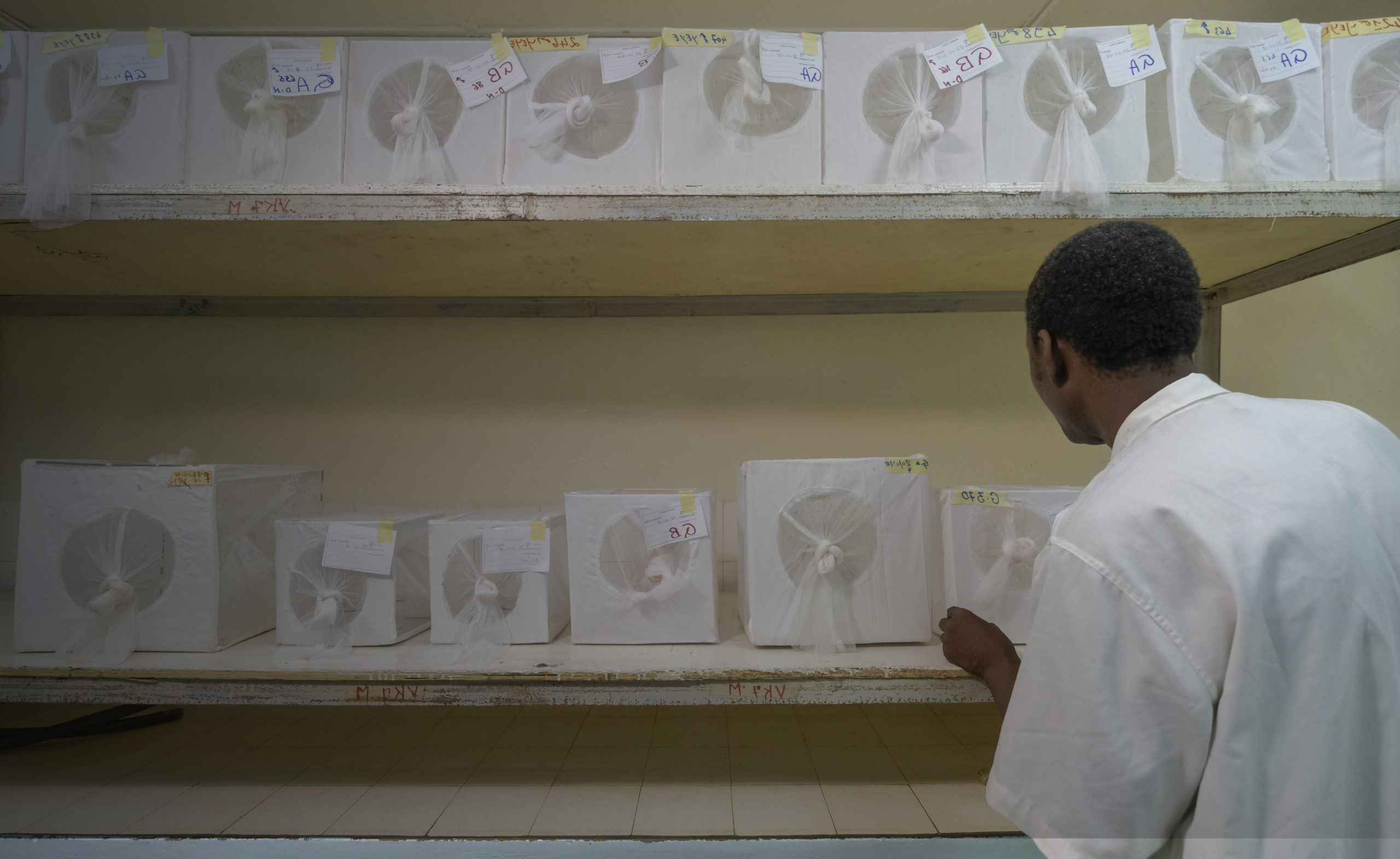 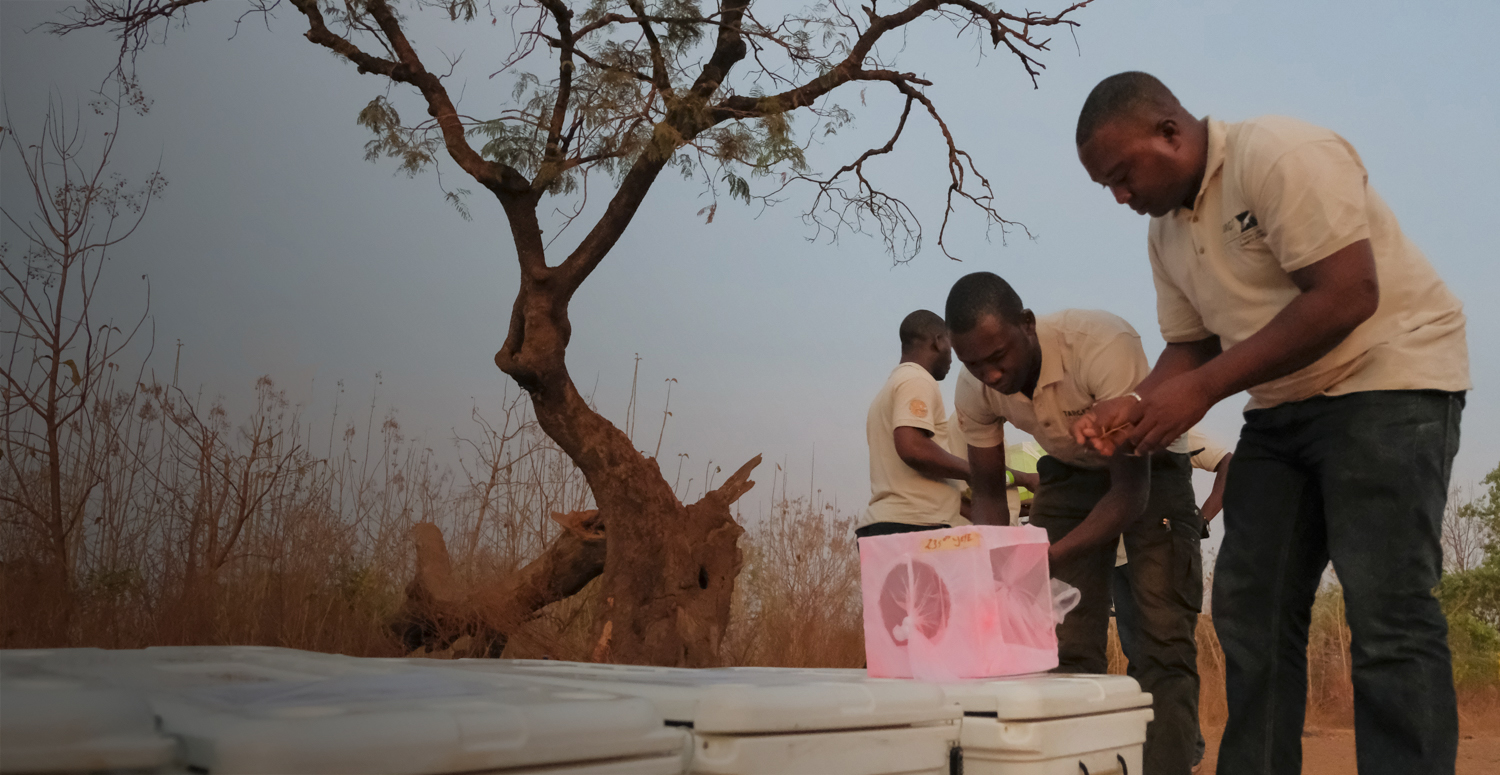 Target Malaria’s team in Burkina Faso works in collaboration with the Institut de Recherche en Sciences de la Santé (IRSS), based in Bobo-Dioulasso and is headed by Dr. Abdoulaye Diabaté.

Malaria is endemic throughout Burkina Faso, and all the population is at risk of getting infected. According to the Ministry of Health, the disease accounts for 43% of consultations with a health provider, over 60% of hospitalisations and 30% of deaths. In 2021, the WHO noted that there were an estimated 8,3 million malaria cases and over 18,900 estimated malaria associated deaths  in the country.

Target Malaria's work in Burkina Faso is led by the Institut de Recherche en Sciences de la Santé (IRSS) in Bobo-Dioulasso, and headed by the Principal Investigator Dr. Abdoulaye Diabaté. The IRSS is active in the fields of public health, biomedical science, traditional medicine, and pharmaceuticals. Our team at the IRSS joined Target Malaria in 2012, and since then Target Malaria Burkina Faso has focused on collection of baseline entomology data to better understand what species of mosquitoes are present, their seasonal dynamics and behaviour in the natural environment. We have completed what the project refers to as “Facilities Readiness” for our insectary at IRSS, ensuring compliance with international Arthropod Containment Level 2 (ACL) guidelines. We have also engaged with the different stakeholders to keep them informed of what the project is doing and our plans for the future.

As co-development is one of Target Malaria's core values, the team decided early on that the communities where we worked should design the agreement model. A dialogue was established to agree on a set of principles, namely – transparency, inclusiveness, and openness to different perspectives – and from this base the communities designed their own agreement model. They chose to establish a reference community group, representing the whole community that would communicate any decisions made by them to the project, after their consultation.

After gaining the necessary permit from the National Biosafety Agency (Agence Nationale de Biosécurité-ANB), the national competent authority in Burkina Faso, the team worked on non gene drive genetically modified sterile male mosquitoes – a  stage of the stepwise approach to develop Target Malaria’s genetic-based technologies for malaria vector control. These studies built on the competencies and training acquired during the facilities readiness process allowing the team to hone their skills further.  Requesting a permit for contained use from the ANB also helps to understand regulatory processes and strengthen the dialogue with stakeholders.

In July 2019 the team achieved a major milestone, the first release of non gene drive genetically modified mosquitoes – the first of its kind on the African continent. The modified mosquitoes were sterile males and therefore unable to pass on their genes in the wild. The village of Bana was selected to be the release site, as agreed per the agreement model developed by the community itself. The release helped the project to collect scientific data on mosquito flight patterns, dispersal, and their longevity.

The release was a success, and the team have provided feedback to its key stakeholders that were involved.  The results from the release were published in February 2022 in Nature Communications.

In 2022, the IRSS team embarked on a new phase of work on the non gene drive genetically modified  male bias mosquitoes. Following approval from regulatory authorities and community agreement, the team imported the male bias strain for contained use work in their Arthropod Containment Level 2 (ACL-2) insectary in Bobo-Dioulasso in 2022. Burkina Faso is again the first country in Africa to import and conduct contained use studies on the male bias strain. It follows the three years of successful work on the non gene drive genetically modified sterile male mosquitoes. 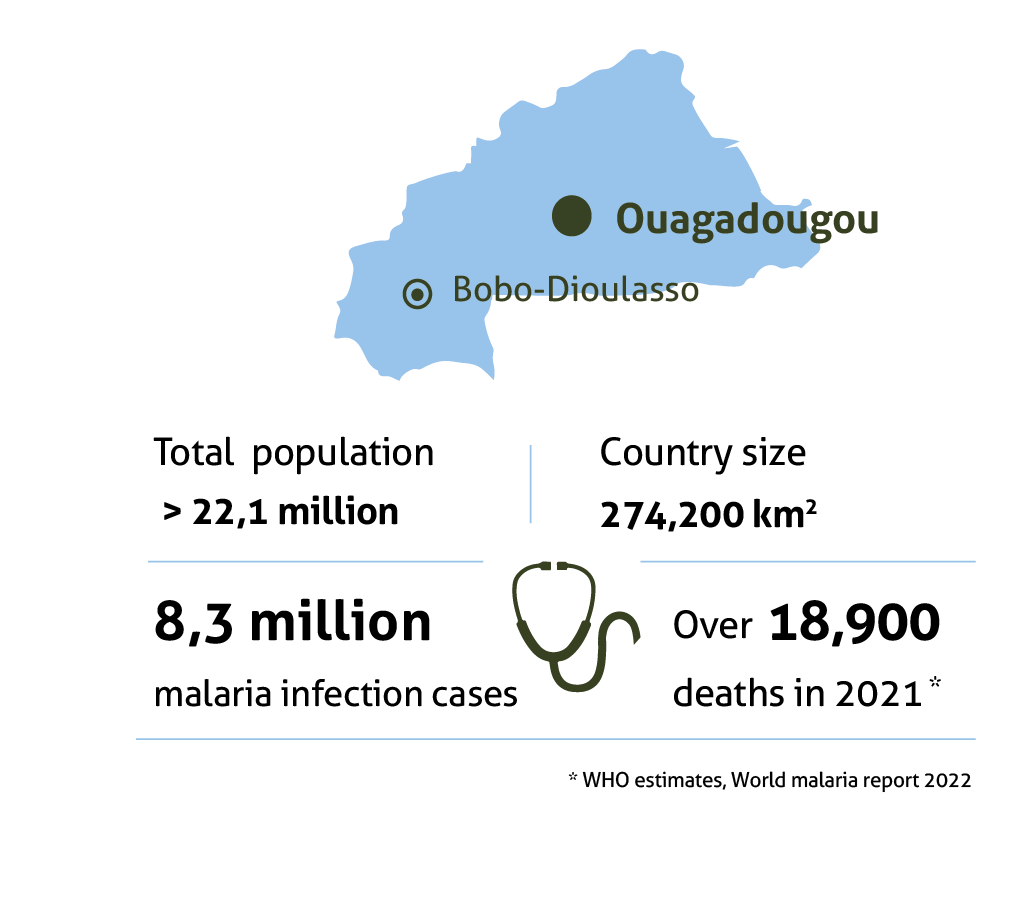 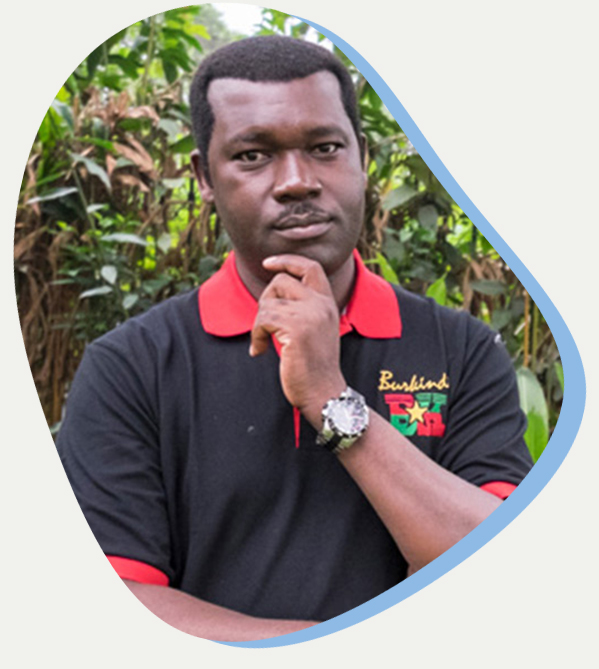 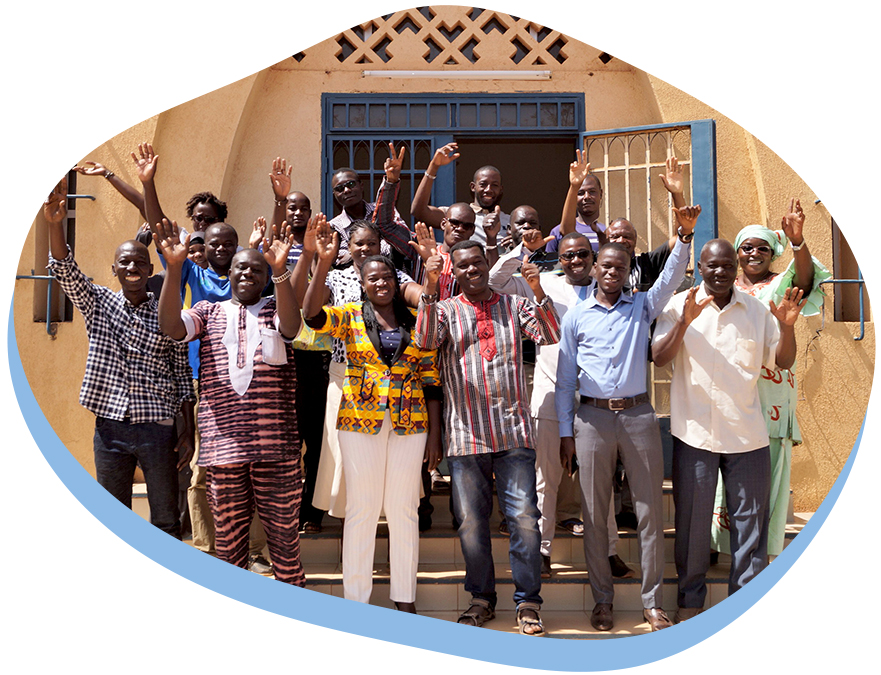 Target Malaria Burkina Faso is based at the regional directorate of the Institute for Research in Health Sciences (IRSS) in Bobo-Dioulasso. It is supported by a dynamic and competent team, made up of biomedical entomologists, molecular biologists and microbiologists, socio-anthropologists, specialists in stakeholder engagement and communication, quality assurance and specialist insectary staff. The team are led by the Principal Investigator, who is supported by a co-PI and project manager. Researchers working on the project also act as mentors for PhD and Master’s students from Burkina Faso and other African countries.

How Earth Observation Data is used by Target Malaria

Group Earth Observation (GEO) is an intergovernmental partnership that improves the availability, access, and use of earth observations data for…

What are the geographical factors that affect malaria transmission?