Innovating to end malaria, from science to stakeholder engagement

Recently, the Bill and Melinda Gates Foundation published their annual Goalkeepers report. The report tracks progress on the Sustainable Development Goals (SDGs), and this year notes that the world would need to speed up the pace of progress five times faster to meet most goals. It highlights the critical role that innovation could play in speeding up progress towards achieving the SDGs, stating that we could “innovate our way out of a deep hole”.

This rings particularly true for malaria, which falls under SDG3.3. Malaria deaths are at their highest in nearly a decade, and the malaria parasite and mosquito are rapidly evolving and becoming resistant to existing interventions. Going forward, innovation will play a critical role in curbing the disease burden and helping us achieve a world free of malaria. A multi-pronged approach to end malaria is essential – from research on vaccines to new drugs, to developing next-generation insecticides and bed nets, to continued research in the field of vector control – we must stay ahead of the malaria mosquito and parasite to fight this disease.

Innovation is at the core of our work at Target Malaria: ranging from innovative approaches in molecular biology and genetics to developing a new corpus of work on stakeholder engagement, creating practical communications tools, to sharing our research with rural communities in Africa, to establishing multi-disciplinary, multi-cultural and international partnerships with research institutions in Africa, Europe and North America.

Target Malaria is driving innovation around genetic technologies that could be used to help eliminate malaria. Recently we published the entomological results around the first release of genetically modified mosquitoes in Africa in 2019 in Western Burkina Faso in Nature Communications. The insights gained from this paper are helping pave the way for the long-term goal of developing and sharing a genetically modified mosquito using gene drive technology that will help eliminate malaria.

Meanwhile, the Target Malaria Ghana team has been conducting innovative research to help better understand the ecological networks that Anopheles gambiae, one of the principal vectors of malaria, inhabit. The research studies the ecological relationships of An. gambiae with other species in the community including its larval competitors, adult predators and the plant species it may help pollinate

Mathematical modelling plays an important role in both our project and in the field of gene drive research and development as a whole, to help guide the laboratory research and predict how performance in the lab will translate into impact in the field. Last year, we used mathematical modelling to investigate how sequence differences between populations could be used to restrict the spread of a gene drive construct; how sequence differences in the same population in different years can be used to estimate the number of mosquitoes; the conditions under which a gene drive is expected to suppress vs. eliminate a target population; and the conditions under which resistance to a gene drive is likely to evolve.

In parallel to the work being conducted across teams on innovating genetic technologies, our stakeholder engagement teams have been investigating new ways of communicating and engaging with local communities.

Our communications officers have been using microprogrammes to engage rural communities in Ghana and Uganda. These involve using handheld megaphones and community loudspeakers to broadcast information around Target Malaria’s research, scope of work, and activities in the local area such as mosquito collections. These also address common concerns held about our work, and are used to reinforce messaging around the importance of sleeping under bed nets, using indoor residual spray, and seeking medical treatment when necessary.

Our stakeholder engagement teams have been innovating around language, creating a glossary to communicate with rural communities in Uganda, Burkina Faso and Mali about our research. Because Target Malaria works across different countries and cultures, establishing a meaningful dialogue with stakeholders can sometimes mean overcoming linguistic challenges, including translating the scientific terminology relating to gene drive. As outlined in a paper in Malaria Journal, our teams worked with local communities in Mali, Burkina Faso and Uganda to co-develop a common glossary for the terminology used by our project, agreeing on translations into local languages for terms such as “gene drives”, “gene editing”, and “entomology”. These glossaries ultimately enabled the project to create consistency in communication relating to scientific terminology, to strengthen stakeholder understanding of project activities, and to ensure that any eventual consent (at individual level) and agreement (at community level) are effectively informed. 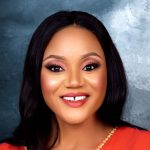