On July 1, 2019 we reported that our team at the Institut de Recherche en Sciences de la Santé (IRSS) in Bobo-Dioulasso, Burkina Faso conducted the first ever release of genetically modified mosquitoes in Africa in the village of Bana in Western Burkina Faso. There, we performed a small-scale controlled release of the non gene drive genetically modified sterile male strain of Anopheles mosquitoes.

In the new publication “Mark-release-recapture experiment in Burkina Faso demonstrates reduced fitness and dispersal of genetically-modified sterile malaria mosquitoes” 1 published in Nature Communications, we document the results of our work on the release of the sterile male mosquitoes from the point of view of the field entomology team.

I work as Field Entomology coordinator at Target Malaria Burkina Faso and was leading the team who conducted this controlled evaluation. Our objectives in this study were to:

Prior to the release and before designing the study, significant community and stakeholder engagement work was carried out to adequately inform affected stakeholders of the research being conducted.

The sterile male mosquitoes reared in our ACL2 insectary facility were marked using a cloud dye dusting technique a day before field release. Taking into account mortality and based on the ratio of sterile male and their siblings previously established, a total of 14,850 male mosquitoes were effectively released on the same day in the centre of Bana, with estimated numbers of 6,428 transgenic mosquitoes and 8,422 non-transgenic siblings. Recapture activities began within two hours of releasing the mosquitoes and took place daily for a period of 20 days by our experienced team of collectors.

Of the estimated 14,850 males released, a total of 527 were recaptured in the centre of Bana and nearby Bana market over the 20-day period. Molecular analysis of the recaptured marked mosquitoes was performed to identify the sterile male strain and distinguish them from wild type mosquitoes.

To confirm the disappearance of the transgene from the release site, collections were conducted monthly for seven months. The first major findings are that the released mosquitoes participated in swarming activities in the field in the same manner as their wild counterparts and that no transgenic mosquitoes were detected 11 days after release. As predicted from laboratory and modelling studies, after recapturing them, the researchers found that the genetically modified mosquitoes were less mobile than their non-transgenic siblings and had lower survival rates. The estimated male population size in Bana village, at the time of the release was 28,000 – 37,000.

While the release was not aimed at impacting malaria transmission, it was a stepping stone for the team to gather information, build knowledge and develop local skills. It also enabled the project to work closely with affected communities and regulatory authorities, and engage in a continuous dialogue with these stakeholders on genetic approaches to malaria control. This new publication provides unique information about the fitness and behaviour of the first released non gene drive genetically modified mosquitoes in Africa.

We are proud of the progress made so far and of Burkina Faso’s leadership in malaria research. The 2019 release was a historic moment and a milestone for Target Malaria. This analysis and the data gathered is providing invaluable insights that we are already using in the next phases of our research.

In the long term, our goal is to develop and share a genetically modified mosquito with the gene drive technology that will allow the modification to spread through the population of malaria vector mosquitoes causing suppression of the target vector population. It is only this type of mosquito that would be able to control malaria. 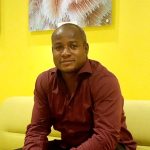