Every year on World Mosquito Day, August 20, we commemorate the discovery that the female Anopheles mosquito is the vector which transmits malaria between humans. This important finding, made by Sir Ronald Ross in 1897, became the basis for several malaria control programmes including Indoor Residual Spraying and Insecticide Treated Nets as well as the development of malaria treatment drugs and chemoprophylaxis.

Although millions of lives have been saved as a result of this single discovery, malaria continues to place a heavy burden on affected countries, with an estimated 409,000 deaths caused by the disease globally in 2019 alone.

Today, Target Malaria researchers and scientists all over the world continue to study the malaria-carrying mosquito in an effort to stay ahead of an ever-evolving parasite and find novel and better ways of fighting the disease.

While there are more than 3,500 species of mosquitoes worldwide – with 837 in Africa – only 3 very closely related species are responsible for most malaria transmission on the continent:  Anopheles gambiae,  Anopheles coluzzii  and  Anopheles arabiensis. The technology we are working on at Target Malaria specifically targets these  Anopheles  species.

To celebrate World Mosquito Day this year, let’s take a look at some of the cutting-edge research being carried out by entomologists at Target Malaria studying the malaria-carrying mosquito in Burkina Faso, Ghana, Mali and Uganda and their work to help make malaria a thing of the past.

“Did you know insecticide resistance is widespread in Mali and constitutes a serious threat to vector control? ”

My name is Amadou Guindo and I study the Anopheles gambiae mosquito at the Malaria Research and Training Centre (MRTC) in Bamako, Mali. The two major malaria control strategies currently recommended by the World Health Organization (WHO) are the use of insecticide-treated mosquito nets and intra-home spraying to reduce the prevalence of parasitic infection P. falciparum. Both these strategies, as well as the Target Malaria approach, target the adult insect vector.

My work is to make an inventory of the aquatic macro-invertebrates that live with the larvae of the Anopheles gambiae mosquito. The aim is to establish a register of these non-target organisms to help researchers understand the ecosystem of the Anopheles gambiae larvae. The organisms are collected from our study sites, morphologically identified, photographed, and stored for subsequent analysis that involve partners from Canada at the Center for Biodiversity Genomics at the University of Guelph, for barcode sequencing and confirmation. This research will ultimately help us determine the potential ecological effects of reducing the number of malaria-transmitting mosquitoes in an effort to end malaria.

“Did you know that mosquito borne diseases make mosquitoes the deadliest animal in the world, killing more people than any known predator every year?  ”

My name is Birungi Krystal Mwesiga and I am an Entomologist working at the Uganda Virus Research Institute (UVRI) with the Target Malaria project. I work as a field entomology coordinator and, together with my team, I am currently tasked with collecting the necessary baseline data on mosquito population distribution, composition, behavior and other properties.

This data will make it possible to successfully deploy genetically modified mosquitoes for mosquito control when the technology is ready, safe and approved. A reduction in female Anopheles mosquito numbers will lead to a reduction in malaria transmission.

Malaria is an infectious disease with a huge impact on the economic livelihoods and an unacceptable death toll in Uganda and other African countries. In Uganda, thousands of people die from malaria every year, and this disease is currently the leading cause of death of children under the age of five.

This is why I’m very honoured to be working with the Target Malaria project towards the development of a new sustainable and cost-effective method to add to the malaria control toolbox.

“ If you think you’re too small to make a difference, you haven’t spent a night with a mosquito.” – African proverb

I am the Associate field entomology coordinator and manager of the molecular biology laboratory of the Target Malaria research consortium in Burkina Faso. My main contribution to the fight against malaria is to lead field studies designed to characterise entomological conditions and monitor malaria entomological transmission and malaria vector seasonal abundance and spatial dynamics, at proposed release sites. This work includes a contribution to improve vector surveillance through development of improved outdoor mosquito sampling tools and strategies, as required for monitoring malaria mosquitoes across wide areas.

In addition to coordinating mosquito releases and surveillance, our field team also supports two other main pillars of the Target Malaria research project. The first is regulatory compliance by the drafting of required study protocols, guidelines and standard operating procedures necessary at insectary and field sites; and the second is stakeholder engagement by contributing to the development of strategies to build coherent and comprehensive messaging to engage local communities and allow them to make informed decisions throughout the process.

“Did you know that both male and female mosquitoes feed mainly on fruit and plant nectar, however, the female bites only to obtain blood to develop her eggs?  ”

The malaria-transmitting mosquito complex Anopheles gambiae is not a known pollinator of any plant. Yet they visit flowers to feed on nectar, and thus have the potential to pollinate flowers. Many malaria control strategies, including Target Malaria’s approach, target the vector, hence it is important to assess the impact of this mosquito species on pollination and seed sets, as well as to study their role in the pollination community network.

My research will provide a better understanding of the ecological role of Anopheles gambiae using both observational and experimental studies. It also aims to identify potential consequences of new and existing methods to control the malaria vector. This is important because current interventions typically rely on insecticide sprays and insecticide-treated bed nets that are less species-specific and, therefore, affect a broader range of species. In addition, the Anopheles gambiae mosquito continues to develop resistance to insecticides.

“Did you know that female mosquitoes are such effective feeders that they are able to blood feed up to 3 – 4 times their own body weight?  ”

My research involves studying the effect of fluctuating temperatures and humidity on the larval development and mating success of Anopheles gambiae adult male mosquitoes; a research project under the umbrella of Target Malaria. The findings from my study will contribute greatly to the scientific research community, especially in optimizing protocols for mass production of male mosquitoes that have a high competitive advantage over wild species when released in the wild. This is particularly useful for vector control implementation programmes which deploy modern techniques such as gene drive technology with the goal of eliminating malaria in the near future.

With progress in the fight against malaria continuing to stall, investment in the development of new tools and approaches for vector control as well as increased support for research could be one of the key steps to advancing the ongoing battle against this deadly disease. As part of a complementary approach, innovations such as gene drive approaches for vector control, could help further the cause of a malaria-free world. Making this dream a reality is what motivates me to remain committed to mosquito-related research. I call on everyone to support this cause in whatever way they can. 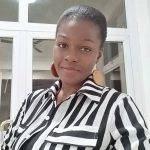