The second edition of the WHO Guidance framework for testing of genetically modified mosquitoes, including those incorporating gene drive, has just been released, seven years after the original version. In these seven years, other guidance focusing specifically on gene drives has been published, most notably the NASEM report on gene drive research in non-human organisms in the United States in 2016; and EFSA’s re-evaluation of its guidelines for the risk assessment of genetically modified animals with specific consideration of gene drive applications in Europe in 2020. Target Malaria welcomes this second edition as it provides a valuable framework for the consortium’s research.

Since 2014, many advances have been made in the development of genetically modified mosquitoes as a public health tool to prevent the transmission of vector-borne diseases. Self-limiting non gene drive genetically modified mosquitoes (GMM) have been approved and released in specific field applications (some at commercial scale) in South America, North America and Africa; next generation improvements in performance and risk management have been applied on the basis of the experience gained in these releases. Although no genetically modified gene drive mosquitoes have been released in the field yet, laboratory development has advanced the technology to produce increasingly practical potential products.

But it is not just the technology that has developed in the past seven years. Regulators and the public have become more familiar with the processes involved in the development of genetic approaches to vector control. Engagement with communities exposed to endemic diseases, public interest groups that represent social values, scientists, and policy makers have helped establish many well-articulated aspirations and concerns related to the use of these novel technologies. And the whole world, not just people in places with endemic infectious diseases, has been exposed to the greatest pandemic in a century. We are also witnessing the major contributions to vaccines through synthetic biology, and the implementation of largescale genetic diagnostics tools relevant to field monitoring.

So, what has changed in the updated Guidance Framework? Whilst some issues, such as the decisions facing developers, the public and regulators remain much the same and the guidance continues to address these systematically, the experience of these recent years shows up in some new emphases in this new edition.

Let’s have a look at what continues and what’s new:

The basic issues related to testing a new vector control technology remain. It is fundamental to consider how new genetic approaches to vector control work, whether there are any unacceptable effects to people and the environment, whether the technology is effective, how it is regulated and if it is consistent with public values. There is also a continued focus on assessing risk whilst taking into consideration the unacceptable and increasingly challenging problem of vector-borne diseases around the world. The guidance also states that there should be independent monitoring of field releases, and that larger scale demonstrations of epidemiological efficacy will require an independent Data and Safety Monitoring Board, similar to that employed in clinical trials.  Risk assessment and risk management should be proportionate.  Finally, as with the recent EFSA evaluation of gene drive insects guidance, the WHO recognises that while genetic approaches to vector control are different (and continually evolving), most issues in their risk assessment are not novel compared to earlier genetically modified organisms or many conventional vector control systems.

The updated WHO Guidance Framework however also highlights some new emphases, particularly in relation to field-testing, governance, development and regulation of genetically modified mosquitoes, including those incorporating gene drive.

For self-sustaining gene drive technologies for vector control, such as the one being developed by Target Malaria, the Guidance Frameworks recommends a stepwise field-testing process that will become a continuum of expanding releases.  This will demand some acceptance of risk that is proportionate to a reasonable expectation of future benefit.  The process would be backed up with careful safety testing in the laboratory, assessing, for example, vector competence of the modified mosquitoes and supported by cage demonstrations of control effects. Larger scale, longer term impacts could be demonstrated in modelled scenarios that draw on experience with ecological principles in well-studied natural and controlled populations. The decision to move on to field releases will then depend on a well-reasoned justification that the genetically modified gene drive mosquitoes will do no more harm to human health than related wild type mosquitoes cause and no more harm to the ecosystem than other conventional vector control interventions.

Governance of new technology requires that there is a transparent discussion of scenarios for releases.  Developers have an obligation to explain how a technology works, why it is likely to be effective, any possible secondary impacts, and how the vector control system will be managed. Regulators and the public on the other hand should be willing to hear the proposition, with the ensuing discussion ensuring that critical scientific challenges and stakeholder values are heard and acted upon.

The updated WHO Guidance Framework recommends that novel genetic technologies for vector control, including gene drive mosquitoes, be co-developed with a range of partners and communities. Co-development of the technology will ensure that the resulting tool is built on knowledge and values from those who will benefit from its adoption, whilst enhancing the long-term sustainability of the intervention. Co-development evolves into co-responsibility for later monitoring, ongoing technical adaptation and equitable management in the future.

The Framework also establishes that developers and regulators need to be able to communicate and cooperate in their respective roles of meeting public needs. While regulators must ensure an objective and robust approval process for GM technologies they should be supported in this by developers that help to build understanding about the goals and operation of the proposed vector control systems. Finally both developers and regulators must recognise they serve the public and ensure they hear both their concerns and expectations.

To conclude, whilst earlier experience with GM crops continues to inform the regulatory approach to genetic vector control strategies in the updated Guidance Framework, the new edition also addresses the need to help regulators understand the differences between GM mosquitoes and GM crops as well as the responsibility to include public good benefits for human health as relevant factors in the regulatory decision-making process for genetically modified mosquitoes. WHO also highlights the need to update national biosafety regulations to cover new technologies, new application environments and the inclusion of broader public goods. 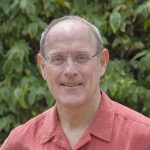