Updating the WHO Global Technical Strategy for Malaria 2016 – 2030

On January 28th 2021 representatives from malaria-affected countries, partner organisations and other stakeholders gathered in a WHO virtual forum to share their perspectives and feedback on the Global Technical Strategy for Malaria 2016-2030. The strategy was adopted in 2015, and has since provided a framework to guide and support those working to control and eliminate malaria.

As highlighted by the latest World Malaria Report, advancements towards achieving the strategy’s objectives have been mixed. Whilst gains have been made on milestones focused on country-level elimination and prevention of re-establishment of malaria, progress on reducing global mortality rates and case incidence by at least 40% is delayed.

In order to reverse this trend and meet the objectives for 2030, key speakers, including Dr. Pedro Alonso, Director of the WHO Global Malaria Programme, called for urgent and concerted action at all levels. The need for innovation and investment in research and development to win the fight against malaria featured prominently in all speeches. Dr. Tedros Adhanom Ghebreyesus, Director-General of WHO, noted that better tools were needed for “the challenging contexts where malaria is rife”.

Dr. Alonso emphasised the essential role of research and development in a context of growing urbanisation and increasing resistance to current anti-malaria drugs in areas where the disease is prevalent. He added that, although existing tools had achieved an impact, more of the same would not be enough to stop the disease and new tools should be developed to complement the work being done as part of a multisectoral approach to reverse the current dynamics of stalled progress.

The webinar also included the voices of health care workers on the frontline, such as Ms. Luseshelo Simwinga, a midwife based in Malawi who described the obstacles faced by many pregnant women to obtain preventative malaria treatment, as well as the challenges linked to dispensing treatment in rural areas with sparse population density.

Dr. Dyann Wirth, Chair of the WHO Malaria Policy Advisory Group (MPAG), called on the malaria community to “rethink malaria” with an emphasis on those working on the frontlines. She highlighted the need for a tailored approach rather than “one size fits all” and encouraged innovation in practices and research and development to develop new strategies to fight the disease.

The original strategy’s principles were updated to include a focus on “country ownership and leadership” with an emphasis on community involvement and to highlight the importance of a resilient health system to guide the success of the malaria response. The fourth of six updated principles of the Global Technical Strategy foregrounds the importance of innovation, noting the need to foster and fund “innovation in tools and implementation approaches […] to enable countries to maximise their progress along the path to elimination.”

Addressing the malaria community, Dr. Ghebreyesus, declared that while meeting the strategy’s 2030 targets would be a challenge, malaria-endemic countries and partners must remain firm in their commitment to achieving them: “None of these challenges are simple, but none are insurmountable”.

The full revised Global Technical Strategy 2016-2030, updated with inputs from all stakeholders, will be published in June 2021. 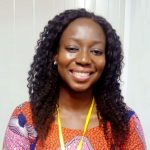