Controlling mosquitoes is a vital part of any integrated strategy to fight malaria. Target Malaria team at the laboratory of Professor Andrea Crisanti at Imperial College London has been working on developing novel genetic technologies as a tool to fight the disease and to complement existing vector control methods. Our strategy focuses on decreasing the number of female vector mosquitoes in a population because only females bite and transmit the disease, and their number usually determines population size and transmission rates.

There are two approaches to control the number of mosquitoes in a population. One way is to impact the ability of mosquitoes to reproduce, for instance by generating infertile females. Another method is to unbalance the male-to-female ratio generating a unisexual population leading to collapse. Achieving a male-only mosquito population has been the holy grail of vector control for long time.

We are pleased to announce that the team has been able to generate a driving male-biased sex distorter and eliminate caged populations of Anopheles gambiae mosquitoes. This is the subject of a paper just published in Nature Biotechnology, of which I am proud to be the lead author, entitled “A Male-biased Sex-Distorter Gene Drive for the Human Malaria Vector Anopheles gambiae”.

We have been able to successfully distort the sex ratio in favour of male Anopheles gambiae mosquitoes and spread the genetic modification using gene drive technology. This genetic modification known as a sex distorter gene drive (SDGD) caused the male offspring to largely exceed female offspring. By coupling the sex distorter component with a gene drive targeting a conserved site in the doublesex gene allowed us to spread quickly the SDGD through the population and without resistance. As the male population increased, fewer females were available to mate. Hence, the sex distorter gene drive mosquitoes led to the suppression of the Anopheles gambiae populations in small cages in the laboratory.

The results showed that the sex distorter gene drive could spread rapidly from a very low starting frequency to produce a largely unisexual male population and would also impose a fitness load by impairing female fertility, which together would contribute to population suppression. The SDGD mosquitoes lead to population crashing faster than the  doublesex gene drive mosquitoes previously developed at the Crisanti lab that were spreading female infertility. It also has the added benefit of reducing the proportion of biting females at an earlier stage, thus having a great impact on malaria transmission.

The result indicates that gene drives could have enormous potential to control malaria-carrying mosquitoes in the wild. This is a great milestone for Target Malaria and the field as a whole.

Each of our discoveries places us a step closer to developing a new tool that could potentially save millions of lives.

It also contributes to worldwide research on novel tools and methods to eradicate other diseases, such as dengue, Zika and chikungunya. We are part of a global effort to eliminate vector-borne diseases.

The next step is to scale-up the experiment to larger cages to evaluate how competition for food, mating dynamics and ecological factors may affect gene drive. This work will be done at our partner site at PoloGGB in Terni. Unfortunately, the next phase will be delayed because of the COVID-19 pandemic. We hope to resume our activities soon.

‘A male-biased sex-distorter gene drive for the human malaria vector Anopheles gambiae’ is now available at the journal Nature Biotechnology. 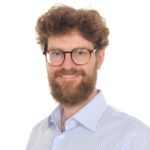