I’m a composer and a sound artist that creates works using sonification, that is, a practice that represents objects with sound. I find that each piece is an active exploration into the issues behind the objects being represented, while finding ways to create that are both responsible and engaging to audiences. In this case I’m grateful to partner with Target Malaria, with whom I’ve collaborated to create a sonification piece from its gene drive research data.

Using data from a landmark 2018 paper by Imperial College London, I’ve developed “Swarm”, a two-minute-long composition, sonifying the cage trials of gene drive mosquitoes. The cage trials test the modification of a gene important for female fertility to reduce the population of malaria mosquitoes using the gene drive technology. As demonstrated in computer models, the cage trials confirmed a rapid spread of the genetic modification, as well as an eventual targeted reduction of malaria mosquito population.

It remains a privilege to live and travel in areas where experiences with mosquitos tend to be relatively benign; being bitten all over on a jaunt to the countryside, a silent negotiation with a still form on the ceiling, a shock out of sleep by high pitched whining next to our ears. However, in malaria-stricken areas, an experience with mosquitoes brings the threat of death, the knowledge that it is responsible for loved ones already lost, a battle with thousands of attackers in an unshielded home.

My intention was to sonically convey the sense of threat from a swarm of malaria-carrying mosquitoes (informed by the real experience of people in places like Burkina Faso where Target Malaria works), which diminishes over time as the population reduces. The progression of the piece leads the swarm to a state of silence, as harmonies represent a rising gene modification rate. The combined effect demonstrates the scope of the technology and hopefully expresses a sense of relief from harm.

Burkina Faso is one of the most highly malaria-infected places in the world. The disease is responsible for almost half of health provider consultations and one in five deaths. The world’s estimated number of malaria deaths stood at 627,000 in 2020, with 80% of all deaths in the Africa Region being children under five. My hope is that the sonification will shed light on threats to people in malaria-stricken areas, and to raise awareness on gene drive technology, which if ethically managed, could be crucial for the worldwide fight against malaria.

“Swarm” sonifies four concurrent cage trials over a number of generations, creating four sonic layers of Hatching Rate, Egg Totals and RFP% over time. The first 10 seconds are just mosquito sounds to give listeners a sense of a swarm out of control, and then the 2016 Cr-Z4050E5 Cage Trials start at approximately eleven seconds into the piece. The table below shows the cage trail component to be sonified, which sound was used to represent it, and the type of sonification method used. 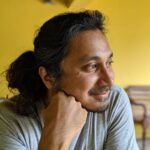