In September, our hopes were lifted by the results of a phase 2b randomised controlled trial on the R21/Matrix-M antimalaria vaccine. The vaccine showed high efficacy, a good safety profile and a favourable tolerance profile 12 months after a booster dose, in a population of 409 children aged 5-17 months in Burkina Faso. What does this tell us about the future of the fight against malaria?

Every minute, a child dies from malaria, in most cases in Sub-Saharan Africa. In the past years, the advances made in the first decade of this millennium have started to stall and even reverse, with 14 million more cases in 2020 compared to 2019, and 69 000 more deaths. Existing tools face emerging challenges, including mosquito resistance to insecticides, parasite resistance to antimalarial drugs, mutations in parasites resulting in the reduced sensibility of diagnostic tests, and socioeconomic factors impeding mothers and babies from receiving preventive treatment.

Access to safe and effective vaccines has an important role to play in preventing avertable deaths from malaria. However, vaccine development is a complex process once at the stage of human trials. Phase 1 trials determine the maximal safe dose among a limited number of healthy volunteers, usually less than a hundred. Phase 2 trials enrol several hundred patients. Phase 2a trials explore the optimal dose requirements, while phase 2b trials study the efficacy of the vaccine. Tolerance (occurrence of side effects) and immunogenicity (such as the production of antibody generated by the vaccine) are also explored at phase 2. However, it is the following phase 3 studies, with data generated by large samples (over several thousand participants), which can provide results with enough statistical significance to issue approvals and recommendations.

In October 2021, the WHO issued the first recommendation in favour of the RTS,S vaccine in children living in regions with moderate to high transmission. RTS,S was first developed in 1987. It underwent phase 3 trials from 2009 and has shown good tolerance but an efficacy of 56% over the first year; and on longer-term 36% over a median of 48 months follow-up (after four doses,) which is valuable but remains moderate. On the other hand, the R21/Matrix-M showed a 77% efficacy at one year of first dose in 2021, reinforced by last week’s publication of 78% efficacy after administration of a booster at 12-months (so, 2 years after the first dose). Following the 2021 results, a phase 3 trial for R21/Matrix-M was launched in April, with estimated completion by December 2023.

We are now closer than ever to having a vaccine attaining the WHO-specified goal of 75% or greater efficacy, with a potential booster-regimen allowing for long-term efficacy. More data is nonetheless required to lead to approval and implementation. More than ever, the challenge of eradicating malaria is at a crossroads. No silver bullet exists but promising innovations such as new vaccines and gene drive, alongside currently used prevention, screening and treatment methods, can provide us with the complementary toolbox to succeed. 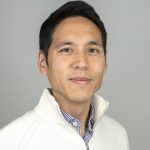