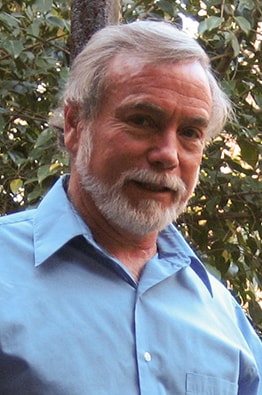 Fred Gould graduated from Queens College in New York City in 1971 with a BS in Biology. In 1977, he received his PhD in Ecology and Evolutionary Biology from the State University of New York at Stony Brook with his thesis examining rapid host range evolution in a crop pest. Dr. Gould was then awarded an NSF postdoctoral fellowship to examine the relationship between insect adaptation to natural plant defenses and insecticides. He was hired as an insect ecologist at North Carolina State University in 1979 and is now a Distinguished University Professor in the Entomology and Plant Pathology Department and Co-director of the Genetic Engineering and Society Center.

Dr. Gould assisted in the development and deployment of insecticidal transgenic crops in ways that suppress the evolution of pest resistance. He is now focused on the potential for engineering insect pests to suppress disease and crop loss, and to protect species that are in danger of extinction. Dr. Gould has served on a number of US NAS-National Research Council and EPA committees addressing regulation of genetic technologies in agriculture and chaired the recent NASEM study “Genetically Engineered Crops: Past Experience and Future Prospects.” Dr. Gould received the Alexander von Humboldt award for most significant agricultural research over a five-year period, the Sigma Xi George Bugliarello Prize for written communication of science, and the O. Max Gardner Award for the University of North Carolina faculty member with the greatest contribution to human welfare. He was elected to the US National Academy of Sciences in 2011 and serves on the National Research Council Board on Agriculture and Natural Resources.