I am delighted to be joining Target Malaria as a population geneticist at Polo d’Innovazione di Genomica, Genetica e Biologia (Polo GGB) in the laboratory of Ecology and Genetics based in Terni, Italy.

Through my role, I will be involved in research projects aimed at developing genetic measures for the control of vector-borne diseases. The set up of the laboratory in Terni is unique in the world with its large carges recreating an ecosystem similar to the natural environment that is suitable for ecology studies of Anopheles and Aedes mosquitoes.

After my Master’s degree in Cellular and Molecular Biology, I received my Doctorate in Agricultural, Environmental and Food Science and Technology at the University of Bologna. During my PhD studies, I performed a High-Throughput Phenotyping (HTP) in collaboration with Maricopa Agricultural Center and the University of Arizona to genetically investigate novel drought adaptive traits in wheat.

Prior to joining Target Malaria, I was a trainee at the European Food Safety Authority (EFSA), Nutrition and Food Innovation Unit. I was involved in the risk assessment of genetically modified organisms (GMO) in dossier applications/renewals according to the EU regulatory framework.

I am Italian, I was born in the southernmost region, the beautiful Sicily. During my free time, I love travelling to new places and, as a sport lover, I enjoy trekking and horseback riding. 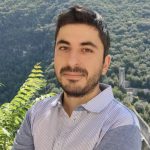