Efforts to tackle malaria in Africa could be hindered by the emergence of a deadlier and more resistant species of malaria-carrying mosquito: Anopheles stephensi. It is an invasive species that is less known than Anopheles gambiae, Anopheles coluzzii, and Anopheles arabiensis, the most common malaria vectors in Africa.

An. stephensi, native to parts of South Asia and the Arabian Peninsula, has been expanding its range across Africa over the last decade. It is reported to thrive in urban settings, compared to the other malaria species that dwell more in rural areas. From its original territory, it is known to be an effective malaria vector carrier mainly because it can transmit both parasites that cause most human malaria cases, Plasmodium vivax and the deadlier Plasmodium falciparum.

In comparison to An. gambiae that thrives in rural environments and the rainy season, An. stephensi prefers human-made water storage containers, allowing it to survive all year and stay active during dry seasons. Research also shows that An. stephensi prefers to rest in barns or sheds rather than homes, therefore, mosquito control measures, such as bed nets and indoor insecticide spraying, may not be effective.

An. stephensi’s arrival in Africa, initially spotted in Djibouti in 2012, surprised the country due to the tremendous progress the nation had made towards the elimination of malaria. It has also been spotted in Sudan, Somalia and Nigeria, but it is possible that it is present in other countries as well. A paper recently published in The Lancet Global Health warned that malaria could spread to countries where the disease is not typically endemic, and that urgent action is needed to control the spread of this mosquito.

Its ability to endure dry seasons and thrive within urban settings has flagged great concern. With more than 40% of Africa’s population living in urban environments, a 2020 study estimated 126 million added people would be at risk of malaria because of the An. stephensi mosquito.

“We are still learning about the presence of Anopheles stephensi and its role in malaria transmission in Africa,” said Dr. Jan Kolaczinski, who leads the Vector Control and Insecticide Resistance unit with the WHO Global Malaria Programme. “It is important to underscore that we still don’t know how far the mosquito species has already spread, and how much of a problem it is or could be.”

With its potential to spread quickly, researchers and other health actors must collaborate effectively and swiftly. Information about An. stephensi must be documented and spread among national and international health bodies. National malaria control programs need evidence-based guidance on the appropriate ways to conduct surveillance, implement control measures, and devote resources to their response to this species. Finally, without knowledge about this species, which will be gained through research, the fight against An. stephensi will not be successful. Research will help map plans to respond to this invasive vector, as well as combine control efforts with other measures in controlling malaria in Africa. 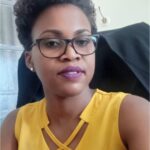