Historic levels of funding have reduced the global burden of malaria in recent years. The number of deaths caused by the disease worldwide has sharply declined, with a 50% drop recorded since the early 2000s. Progress has been attributed primarily to increasing the coverage of malaria control interventions, which currently involve mostly the deployment of insecticide-treated bed nets (ITNs), indoor residual spraying (IRS) and drugs to curb the spread and prevalence of the disease. Questions remain however, as to whether scaling up these interventions is sufficient to eradicate malaria. The World Malaria Report for 2019 indicates that global progress against the disease has been plateauing for the past three years, raising doubts as to whether “more of the same” will achieve malaria elimination.

A recent study 1 by The American Society of Tropical Medicine and Hygiene aims to shine light on these queries and provides a path forward through the use of rigorous scientific modelling. The paper – authored by researchers from a selection of prestigious universities including The London School of Hygiene and Tropical Medicine, Imperial College London and The University of Exeter – analyses the potential for existing interventions, alongside economic growth, to achieve malaria elimination. With the aim to fully account for the many complex and interrelated factors that have been shown to impact malaria prevalence, the researchers used a model, which integrates the effects of malaria transmission, demography, and macroeconomics within a hyperendemic environment.

These findings suggest that in order to maintain the gains achieved in the fight against malaria and minimise the risk of resurgence of the disease, investment in research and development should be increased. Improved vector control technologies could provide affordable and more effective control.

Future investment in the development of new tools and technologies that significantly reduce transmission and infection, such as those which Target Malaria is currently working on developing, may therefore be the most viable path to advance progress towards the eradication of malaria. 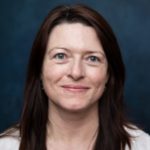