Located off the coast of West Africa, the archipelago of Cabo Verde consists of nine inhabited islands. Malaria has been endemic since the settlement of the islands during the 16th century.

In the 1950s, Cabo Verde had about 15,000 malaria cases per year. Since then, the country was twice close to achieving malaria elimination. A total of 819 malaria cases were reported in the country between 2010 and 2019, the majority of which were P. falciparum. In 2016, it was classified by the World Health Organization (WHO) as one of the E-2020 Initiative, a group of 21 countries having the potential to eliminate malaria by 2020. The country was on track to achieve this goal, when an outbreak erupted in 2017.

To combat the 2017 malaria outbreak, Cabo Verde focused its efforts on vector control, targeting affected neighbourhoods by interviewing people with confirmed malaria and using geolocating to identify the communities where malaria infections were most likely. This approach prevented cases from increasing, interrupting the diseases transmission. Although the country is close to malaria elimination, the high mobility between the islands and continental Africa, where malaria is still highly endemic, means there is a constant risk of malaria reintroduction. The primary vector is Anopheles arabiensis.

Our team is based in the National Institute of Public Health, CCS-SIDA and Malaria Elimination Program, under the Ministry of Health, located in Praia on Santiago Island. Our initial activities will include:

We will be working with the local communities to ensure that they are comfortable with and understand the purpose of the entomological collections that we will be performing. All of our work is reviewed and supported by local ethical approvals before our work commences.

As with many countries around the world, Cabo Verde is still dealing with the COVID-19 pandemic. The National Institute of Public Health is leading the country’s response. At the moment, we are still in a national lockdown, but we hope to start our activities once we have received permission from our Government that it is safe to do so. We will then start our engagement work with the communities to be sure that they are comfortable with our return to the field.

Joining Target Malaria is an exciting opportunity for the Cabo Verde team and we are looking forward to working together towards a malaria-free world. 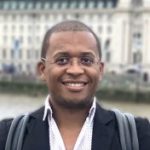