Target Malaria researchers have successfully demonstrated that gene drive technology can control malaria mosquito populations in laboratory settings mimicking natural environments. The results of this study were recently outlined in  Nature Communications. The team, led by researchers based at Imperial College London and Polo GGB, was working with  Anopheles gambiae  mosquitoes, which are responsible for the vast majority of malaria transmission cases in Sub-Saharan Africa. According to the WHO, Africa continues to be the region hardest hit by malaria, accounting for 94% of global cases and deaths in 2019.

Using a CRISPR-based gene drive system that spreads a modification on the  doublesex  gene rendering females sterile, researchers were able to successfully control mosquito populations over the course of a year. Previous work carried out by Target Malaria researchers at Imperial College London had shown complete control of mosquito populations within 11 generations when maintained in small cages.

In these latest experiments, we made use of specially built large cages at the  Polo  d’Innovazione  di  Genomica,  Genetica  e  Biologia  (Polo GGB) research  centre  in Terni, Italy. These cages allowed humidity and temperature to be tightly controlled and used changing lighting levels over the course of each day to better simulate a natural environment. The cages were also fitted with a range of visual markers and resting sites to stimulate  the mosquitoes to undertake a wider range of complex behaviours than would be possible in small cages, including swarming, foraging and mating activities.

Because the gene drive technology was tested in ecologically challenging conditions, these experiments also presented a greater scope for assessing whether resistance to the gene drive could arise. Using this approach, we were able to completely control mosquito populations over the course of a year. We also found no evidence for the occurrence of resistance to gene drive. These results are encouraging signs that this gene drive system targeting doublesex would be effective at reducing disease vector populations, should it be released in the field.

By demonstrating this effectiveness in conditions that more closely mimic  A.  gambiae’s  natural environment, we hope to help bridge the informational gap between lab and field work. The research provides data that will help inform computer modelling and risk assessment currently being undertaken by Target Malaria teams to determine the potential population and environmental impacts of a gene drive release.

This marks an important achievement in the step-wise approach of developing an innovative malaria control technology, complementary to existing tools, to which Target Malaria is committed, in line with the guidance framework set out by the World Health Organisation.  Further testing and research will be needed, as well as comprehensive risk assessments, before any release of gene drive mosquitoes in the field can take place. Nevertheless, this work is a critical milestone on the path towards that  goal and  lays out a successful paradigm for  spanning the knowledge gap between lab and field. 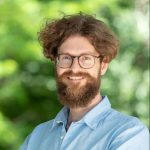