Expedition to collect mosquitoes in Uganda

Malaria represents a heavy economic and health burden for communities across Uganda, with 90% of its population at risk, and an average of $500 million annual economic loss due to the disease.

The work we do at the Uganda Virus Research Institute (UVRI) in partnership with Imperial College London and the University of Notre Dame is aimed at addressing this challenge.

The three partner institutions are involved in a mosquito collection activity called “Close Kin Mark Recapture” (CKMR) to study dynamics and behaviour of the primary malaria transmitting mosquito Anopheles gambiae. CKMR is a technique used to estimate, among others, the population size and migration potential of organisms within their habitats. This technique molecularly identifies closely related individual specimens (parent-offspring or half-siblings) among the field collected samples upon which the traits of interest can be estimated. In this study, mosquitoes are collected from a selected village by the field entomology team and taken to the laboratory at Uganda Virus Research Institute where they are further examined to establish their genetic background.

The mosquitoes captured in the field are used to estimate the population; survival rate, age-specific mortality rates, and dispersal range of these mosquitoes in the village. Developing a better understanding of these factors has a crucial role to play in assessing the potential of future vector control tools, like gene drive approaches. The field entomology team captured as many adult mosquitoes as possible using various methods over a period of 14-21 days.

The UVRI team set out in October 2021 to Jaana Island, Lake Victoria for three weeks to examine the population traits of malaria vector Anopheles gambiae using the CKMR approach. Prior to the field excursion, the communities had been engaged by the Stakeholder Engagement team at UVRI not only to seek a written consent but also for the community appreciate the importance CKMR in achieving the goal of reducing the burden of malaria in Uganda.

The expedition was successful, and a total of 733 adult Anopheles gambiae mosquitoes were collected indoors from the three villages which inhabit Jaana island (Lwazzi, Kiku and Nalukandudde). Mosquito collections were carried out daily (early in the morning) using an aspiration method (prokopack). An average of 50 houses were sampled daily for the duration the field excursion. The samples were then morphologically identified and preserved in individual tubes before being transported to UVRI for further analysis. In collaboration with the University of Notre Dame, the collected specimens will be molecularly analysed to estimate the various population traits that are the subject for this study. 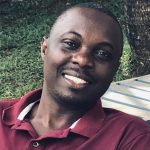