Bridging the investment gap in the fight against malaria

The 2010-2020 decade witnessed a renewed call for action to scale up the fight against malaria. While recent World Malaria Reports indicate positive trends towards reducing malaria cases, they caution that progress towards zero malaria remains slow and accelerated change is necessary. The next decade 2020-2030 is a crucial one as many commitments made in the last decade to eliminate the disease are working with a 2030 deadline. This includes the Agenda 2030 and the Sustainable Development Goals.

At the 2018 high-level Malaria Summit in London, Heads of State and Government, scientists, business leaders, philanthropists and other global health stakeholders renewed their commitment to eradicate the disease, including a US$4.1 billion collective fund as well as a new commitment to halve malaria cases by 2023 and a 90% reduction of cases by 2030.

At the same summit, WHO also urged leaders, especially in high-burden countries, to take ownership at country level and build strong health systems including focused investments in primary health care. On his part, Bill Gates called for continued investment in research and development and noted that “we have to keep innovating to control malaria, because conditions evolve,” and “the mosquito and the parasite develop resistance to the interventions we use to fight them.”

2019 marked another crucial year for the fight as more tangible action was witnessed.
The Global Fund¹ announced its largest-ever funding allocations for eligible countries to fight AIDS, TB and malaria. This included US$12.71 billion for country allocations and US$890 million for catalytic investments – 23% more than the previous three-year period. The funds are expected to help save 16 million lives and cut the mortality rate for the three diseases by half, avert 234 million new cases and “get the world back on track to end the three epidemics by 2030”.

In the area of research and development, the WHO Strategic advisory group on malaria eradication published a set of key findings and recommendations in August 2019 that identified a renewed R&D agenda as “one of the highest priorities in efforts to achieve the vision of a malaria-free” world. The advisory group calls for better tools and approaches including novel interventions to complement the “old and imperfect” current tools for vector control. Building on this report, the WHO recently published the “Malaria eradication: benefits, future scenarios & feasibility”, reaffirming the organization’s commitment to eliminate the disease and reminding us that a malaria-free world is yet possible.

Within the first quarter of 2020, great milestones have been recorded. In early January, it was announced that 2 billion mosquito nets had been distributed worldwide since 2004. This great achievement reflects the global effort to “boost funding, pioneer, produce and deliver the insecticide-treated mosquito nets to millions of vulnerable families around the world”.

In March, the new Chair of the African Leaders Malaria Alliance (ALMA), HE President Uhuru Kenyatta of Kenya, announced his four priorities with the aim of ridding the continent of malaria by 2030. The four ambitious areas of action (which gained immediate support of the African Union and the RBM Partnership CEO) are:

The fight against malaria started 2020 in full steam, but the COVID-19 pandemic affected dramatically the efforts underway and has been posing great threat to malaria fighting efforts. Activities planned for World Malaria Day this year had to be adapted to new policies and guidelines in order to avoid the spread of the coronavirus. In addition, several events to raise awareness of the importance of eradicating the disease and set the path to achieving a malaria-free world are being postponed. The Kigali Summit on Malaria and Neglected Tropical Diseases, previously scheduled for June 25, is just one of them. On top of that, significant resources are being diverted to mitigate the effects, prevent and treat COVID-19.

The current global health crisis only proves the importance of access to universal health care and investment in strong health systems – as well noted this year’s campaign for World Malaria Day. The COVID-19 pandemic represents an additional burden to health care systems, especially in developing countries. It threatens malaria prevention and treatment programmes. If disrupted, we could see 20 years of progress going to waste, bringing us back to the same malaria mortality rate registered in the year 2000 (see this WHO report). We are living difficult times, and resources are scarce. However, our fight cannot stop! We should work together to ensure that the world is ready to address well-known and new diseases.

¹ The Global Fund is the largest source of external funding for malaria initiatives accounting for 65% of all international financing for malaria, and has invested more than US$12.5 billion in malaria control programs as at December 2019, https://www.theglobalfund.org/en/malaria/ 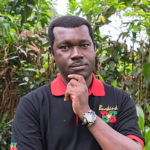