The Board of the Global Fund to Fight AIDS, Tuberculosis and Malaria welcomed the Seventh Replenishment outcome of US$15.7 billion during a 3-day meeting last week in Geneva. This comes two months after a successful pledging conference in New York that secured commitments of over US$14.2 billion, and days after obtaining additional pledges from donors including India, Italy, Thailand and the United Kingdom.

The core remit of the Global Fund is to pool resources to invest strategically in programs to fight these three diseases, build resilient and sustainable systems for health and strengthen pandemic preparedness. The financing mainly comes from the public sector, with 94% of funding coming from donor governments. The remaining funding comes from the private sector, foundations, and innovative financing initiatives. The fund raises and invests money in three-year cycles known as Replenishments.

At the 7th Replenishment of the Global Fund, 18 African countries pledged a combined amount of over $62million. Among them, Nigeria, South Africa, Kenya, the Democratic Republic of Congo and Uganda pledged $13.20M, $13M, $10M, $6M and $3M, respectively. All these countries increased their pledges by at least 30% from the last conference.

Meanwhile, Togo and Tanzania both made their first contribution to the Global Fund of $1M respectively.

These commitments signal an increase in domestic investment in health by African countries, as well as a strong commitment towards a global approach to ending epidemics.

Peter Sands, the Executive Director of the Global Fund said, “We are extremely grateful for the generosity of everyone who has committed to supporting our partnership. With the intersection of so many global crises, our donors understand that it is more important than ever to stop these deadly diseases and protect everyone, regardless of who they are or where they live, from these and future health threats.’

In Japan, life expectancy is more than 84 years, while in Lesotho, it is around 50 years. A 34-year gap exists between the countries with the world’s longest and shortest life expectancies. Much of that difference is because HIV, TB and malaria still kill millions in the poorest countries. Thanks in large part to the Global Fund, these diseases kill half as many people now as they did 20 years ago according to Global Fund.

Thanks to the Replenishment outcome, the Board approved ambitious investments totaling US$13.6 billion, including US$518 million for catalytic investments and US$13.13 billion in country allocations – to more than 120 countries over the next three-year period to support countries to fight HIV, TB and malaria and strengthen their systems for health.

According to Global Fund reports, about 72% of its total investments is channeled to Africa, where 95% of malaria cases and 96% of malaria deaths occur, targeting children under the age of five and pregnant women.

The Global Fund unites world leaders, communities, civil society, health workers and the private sector to find solutions that have the most impact, and take them to scale worldwide. Since 2002, the Global Fund partnership has saved 50 million lives. Thanks to this new round of investment, let’s hope we can save millions more. 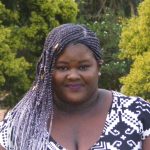