Preparing Africa’s first facility for the study of transgenic mosquitoes

In 2016, The National Biosafety Agency of Burkina Faso (Agence Nationale de Biosécurité), the national competent authority, granted our team at the Institut de Recherche en Sciences de la Santé (IRSS) a permit to study genetically modified mosquitoes in a contained environment. At the time, the IRSS insectary in Bobo-Dioulasso had just been renovated to host genetically modified insects. Later that year, the IRSS became the first African institution to import transgenic mosquitoes for research purposes. Our colleagues in Mali followed suit shortly after.

We tell the story of how we transformed our facilities at the IRSS to prepare for the import of transgenic mosquitoes, and how we worked with our Target Malaria partners to interpret international biosafety protocols and guidelines for an African setting in our recent publication, “Preparing an Insectary in Burkina Faso to Support Research in Genetic Technologies for Malaria Control”, published in Vector-Borne and Zoonotic Diseases.

The process of renovating our facilities to house and study transgenic mosquitoes began in 2014 when we selected and refurbished an unused building in Bobo-Dioulasso to transform into what the Arthropod Containment Guidelines classify as an ACL2 facility. ACL2 facilities require extensive biosafety protocols, managing and reducing risk, especially to prevent the exposure of mosquitoes to the open environment and to prevent malaria entering the insectary. Arthropod Containment levels were developed and defined by a broad group of stakeholders led by the American Committee on Medical Entomology and have been widely adopted as relevant standards for arthropod laboratories worldwide.

Plenty of international guidance for the use of genetically modified mosquitoes exists worldwide. The challenge for our team at the IRSS was to translate those guidelines, built for countries where managing biosafety and ethics is commonplace, into a setting in Africa, where biosafety protocols have been established for other products, but not genetically modified insects or for a project with public health objectives.

Our paper tells the story of our team’s creativity and due diligence in establishing this facility, and it also highlights the scale of collaboration. We worked closely with our partners in Target Malaria to ensure that we complied with frameworks and guidelines to make our ACL2 facility ready for the import of genetically modified mosquitoes. We visited Imperial College London to see first-hand how a safe environment has been built for the housing of such mosquitoes and to review the Standard Operating Procedures that the Imperial team have in place.

Besides biosafety and risk management, it was important that we established a research environment where we can achieve reproducible results. For instance, the management of temperature and diet for the mosquitoes within the facility is paramount so that mosquitoes behave consistently and closely with mosquitoes living in natural habitats. To achieve that, we worked with our colleagues at Target Malaria to define a process of ‘facilities readiness’ that we applied to both biosafety and to create the conditions for robust and reliable research.

We believe that our experience and successful creation of an ACL2 facility in Africa, and subsequent import of genetically modified mosquitoes from our partner institution, Polo GGB in Italy, was a key step in building research capacity in the continent, and has emboldened African regulators to consider future genetic technologies with interest and to contribute early to global discussions on the potential use of gene drive in the future.

We are fortunate to be conducting our research in Burkina Faso, a country that has become a leader and source of expertise for other countries building their biosafety systems. Working with the National Biosafety Agency has led us to important insights into how to develop our facilities and implement biosafety protocols.

We are also encouraged by the result of the extensive community engagement that took place among stakeholders around the IRSS insectary in preparation for the facility renovations, which built stronger relations with our nearest community.

The setup and operation of an ACL2 insectary in Africa was a crucial step for Target Malaria in its initial phase of research on the non gene drive genetically modified sterile male mosquitoes. It has contributed to promising and meaningful research as part of its step-wise development towards the overall objective of developing gene drive mosquitoes to use in the fight against malaria.

Since the paper was written, the IRSS team has done further renovation and expansion of its insectary in 2021 to fit the team’s new needs. The expansion created extra space for research on mosquitoes, as well as improving the working conditions of laboratory personnel. 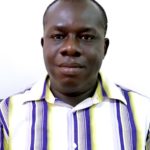