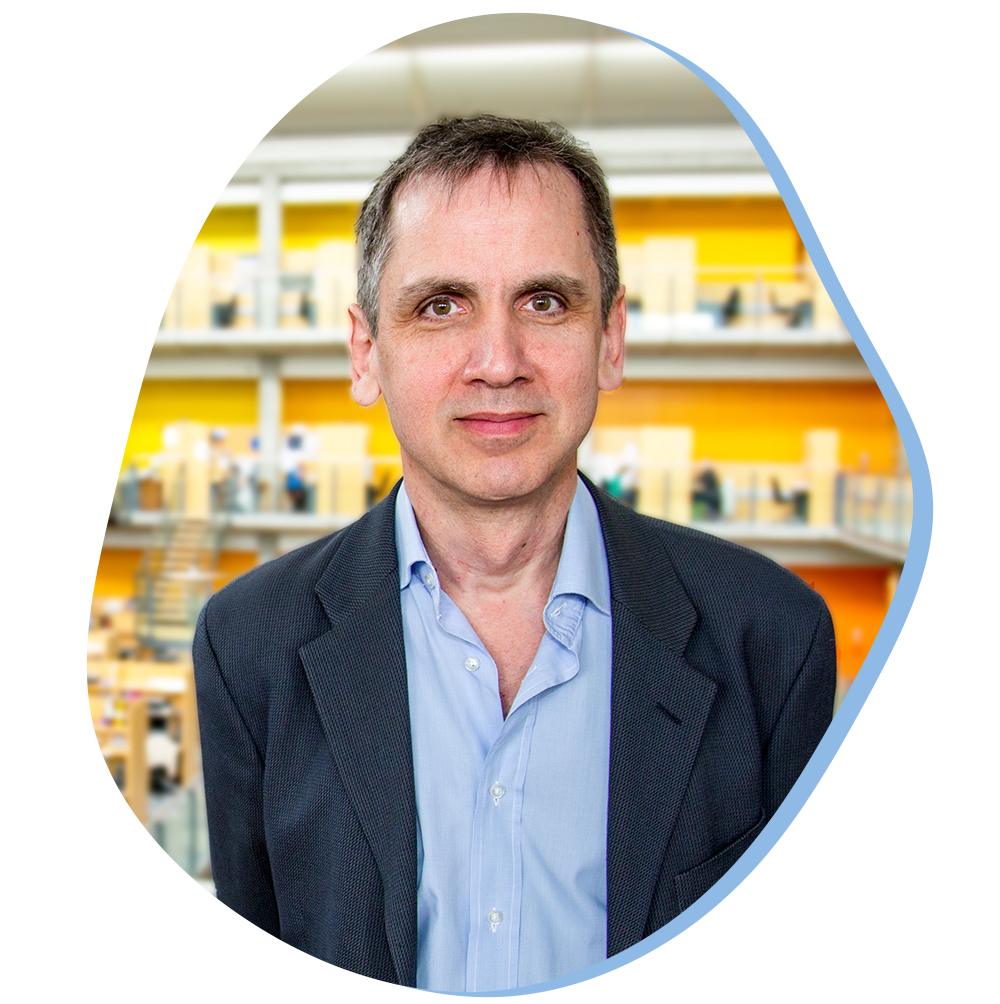 Austin Burt is Professor of Evolutionary Genetics at Imperial College London  and Principal Investigator of Target Malaria. He is an evolutionary biologist and a thought leader on the use of gene drive technology for malaria control. He established the paradigm of how so-called “homing endonuclease genes” (HEGs) – short lengths of DNA that can get inserted into an organism’s genome and then spread through a population over succeeding generations by getting transmitted at a greater-than-Mendelian rate – could be used to modify and reduce populations of malaria mosquitoes to help end transmission of the disease.

“Gene drives present an enormous opportunity to help alleviate the effects of malaria, a disease that has plagued us for centuries.”

Professor Burt, a native-born Canadian, studied at McGill University, Montreal, Canada, for his BSc and PhD, and as a post-doctoral researcher he worked at the University of California, Santa Cruz with William Rice and Robert Trivers, and at UC Berkeley with John Taylor, before moving to a permanent job at Imperial College London in 1995. During this time, he established an academic interest in gene drive, and his first research grant at Imperial was to study the naturally-occurring homing endonuclease genes in yeast populations. One thing led to another, and by 2001 he began thinking about how these “selfish” genes’ unusual mode of action could be used to suppress populations of disease vectors and other pests. Though he had no background in the field; the biggest, most obvious target was the mosquitoes that transmit malaria, and he soon began to learn what he could about them.

An initial seed fund grant of £125,000 from the Wellcome Trust in 2001 allowed Professor Burt to try to understand how a genetic approach that disrupts a mosquito’s lifecycle, in concert with other new and existing methods, could contribute in an efficient and sustainable way to eradicating malaria. In 2003, he published his seminal work, which laid out the theory of how gene drive systems, as exemplified by naturally occurring HEGs, might be used to fight malaria.

“Gene drives provide a potentially powerful weapon against malaria.
This method could quickly suppress the mosquitoes that carry disease-causing parasites between people.”

–
In 2005, Professor Burt organized a research consortium spanning protein engineering, molecular genetics, and population biology to actually develop gene drive constructs in the most important malaria-transmitting mosquito, Anopheles gambiae. The idea was to develop HEGs that would alter the reproductive ability of Anopheles gambiae malaria-transmitting mosquitoes, thereby reducing mosquito numbers and the potential for malaria transmission. This consortium was funded by the Bill & Melinda Gates Foundation’s new Grand Challenges in Global Health (GCGH) grant program. On the basis of concepts worked out in Professor Burt’s paper, the consortium was awarded a five-year grant to bring his ideas to life.

This consortium has grown at a steady pace and, in 2011, Target Malaria was established as a not for profit vector control research alliance. It now includes 14 institutions around the globe: in Africa, Europe and North America; with now close to 200 individuals from a variety of backgrounds, including: molecular biology, population genetics, entomology, modelling, stakeholder engagement, risk management, regulatory, communications and project management. The project is core funded by the Bill & Melinda Gates Foundation and the Open Philanthropy Project.

It has been clear from the beginning that, as with many new technologies, public acceptance would be essential, and could not be taken for granted. Professor Burt has therefore worked with his team to spearhead efforts to promote dialogue with the public and enabling clear understanding of the project and facilitating open discussion between local people and the scientists behind it. This engagement has taken place at many levels: in the field in local villages, with national governments, and internationally with regulators, NGOs, the media and the wider public.  In 2017, Professor Burt was awarded an Imperial College President’s Medal  for his work engaging the public in developing this new technology for malaria control in sub-Saharan Africa.

“Engaging with local communities affected by malaria is hugely important. They are ultimately our end users, and we need to know that the technology we’re developing and the projects we’re working on are acceptable to them.”

The success of Target Malaria will largely depend on public acceptance, including regulatory and community authorization. Continued engagement with communities to ensure proper understanding is essential with the progress of the consortium’s work. Professor Burt believes that it is Target Malaria’s responsibility to listen to the public’s concerns, take their views into account, and to ensure the information is there to help answer their questions.