International Youth Day is commemorated on August 12. This year’s celebrations will raise awareness of the need to make institutions more inclusive to enable youth engagement in formal political mechanisms. The 2020 theme is “Youth Engagement for Global Action”, and it could not have been a better choice. It reflects the unique qualities youths bring: resilience, activism and leadership for change and sustainability.

We have a great generation of mobilizers. From climate change to social justice, they are bringing the power of their voices to ignite a civil debate and bring about radical transformations at the local, national and global levels.

We are seeing the same power being unleashed in Africa. The continent has the youngest population in the world. Over 75% of the Africans are below the age of 35, according to the World Economic Forum. A large youthful population is usually seen as an advantage, representing a powerful and innovative workforce. However, without health, education and empowerment, this generation will not be able to seize opportunities and thrive.

Africa also carries the highest malaria burden. In 2018, African countries reported 93% of the malaria cases worldwide (WHO). The African Union Commission has set clear priorities and targets in order to eradicate malaria in the next ten years – see the Africa Health Strategy 2016-2030 and the Catalytic Framework to End AIDS, TB and Eliminate Malaria in Africa by 2030. One of the pillars of these frameworks is to invest in youth and adolescents.

The African Union recognises the importance of youth empowerment for the organisation’s vision of an integrated, prosperous and peaceful Africa. In the fight against malaria younger people plays a key role. Children aged under 5 years are the most vulnerable group affected by the disease. In 2018, they accounted for 67% of all malaria deaths worldwide (WHO). This means that thousands of young men and women have lost their children and that generations of youths with potential won’t even reach adulthood. This situation is unacceptable.

At Target Malaria, I have the honour to work for a project that aims at changing this situation by working towards a long-term solution to eliminating malaria of Africa. I have the opportunity to work alongside some of the brightest minds and African malaria champions investigating innovative genetic solutions and helping to push malaria into the political agenda.

To celebrate International Youth Day, I was invited  by Malaria No More UK to share my experience fighting malaria personally and professionally with two opportunities. First, I participated on August 12 on Strengthening Youth Leadership and Engagement in the Fight Against Malaria in Africa. I had the privilege to speak alongside malaria champions, such as Dr. Elvis Eze.

Second, I was invited by the RBM Partnership to End Malaria to interview their CEO, Dr. Abdourahmane Diallo, former Minister of Health of Guinea who coordinated the fight against ebola. The initiative is part of a video series bringing together experts and ambassadors in the field of malaria to raise awareness of the importance of fighting the disease.

At Target Malaria, we have many young malaria champions: from the youth in the villages who support the project in their entomological collection activities, to the young scientists who are doing their PhDs and Post-Docs in our labs. I am inspired every day by the comradery among the teams and the hope my colleagues and partners bring to our cause.

The International Youth Day is about giving voice and opportunities to the young generation. We are the future so give us the right conditions for us to get engaged for global action. There are no better communicators than the millennial generation. We can be the best advocates by using the power of technology and networks to bring about positive change. 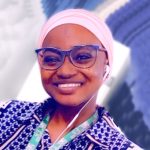