The recent publication of the promising results of an antimalaria vaccine (R21/Matrix-M) showing a good efficiency (78% protection) after a phase 2b clinical trial has been warmly welcomed by the scientific community, as well as the communities under the threat.

Malaria is a preventable disease that remains deadly with over 600,000 annual deaths; 96% of which occur in Africa among children under five. For a very long time, treatments relied almost exclusively on antimalaria drugs. Due to the ability of the plasmodium parasite to adapt to drugs, scientists have been on a constant race to stay a step ahead of the parasite.

For a long time, Chloroquine was the main antimalaria drug but since the apparition of chloroquine resistant strains in the 1950s, the resistance has spread quickly leading to declines in efficiency and use.

Artemisinin is now the first line of treatment. This compound is derived from a plant (artemisia annua) and granted its discoverer (Professor Tu Youyou) the Nobel prize in Medicine in 2015. This drug is often used in combination with other drugs (i.e. artesunate, sulfadoxine) as it is rapidly cleared by the body and thus can kill the parasites at a fast pace before another long-lasting drug ends the process. These combinations are known as Artemisinin-based Combination Therapies (ACT). So far, five of them are in use. This form of drug is preferred to the use of Artemisinin alone to avoid the development of resistance.

Unfortunately, first reports of Artemisinin resistance have been described in Southern Asia in 2018. If the mechanism is not fully understood yet, a mutation in the plasmodium Kelch 13 gene seems to be strongly correlated to this resistance.

The presence of artemisinin resistant strain in Africa is still under debate. There are reports of its presence in Uganda. Notably, the artemisinin is still clearing the parasite out but at a slower pace than it should be, paving the way to a whole resistance in a close future.

The apparition of this resistance has been feared for a long time and the scientific community was already working on additional ACT (currently five are in development). Other antimalaria drug development programs are ongoing. Nevertheless, the road is still long to get the next drug that will replace Artemisinin and its derivatives as a first line treatment drug.

This resistance phenomenon highlights the fact that a multifactorial approach is needed to tackle malaria. Vaccine development, drug treatments and vector control strategies are complementary solutions to a same problem: fight and end malaria. 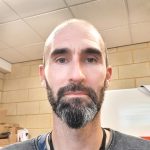