Last week the team joined an exciting discussion on gene drive for malaria control in Nairobi. The event was co-hosted by the African Academy of Sciences (AAS) and the Foundation for the National Institutes of Health (FNIH) and focused on how gene drive technology could be harnessed to address malaria in Africa. It was good to see leading African scientists from across the region discussing this, and focusing not only on the scientific hurdles, e.g. the dearth of home-grown technological capacity, to be overcome, but also the political-level dialogue that needs to be built to enable these types of tools to be developed. For example, there was confidence that regional bodies like the East-African Community (EAC) and COMESA are important bodies to engage. Also that lessons and cues could be learned from other sectors like agriculture, where biological pest control and plant trials and releases have already been done.

We had an excellent cross-section of experts in the room, from Gabon and Cameroon to Morocco and Tanzania, and of course Kenya. One of the key takeaways from the day was the interest of colleagues in the region for these new types of technologies, as well as some careful reflection on how gene drive would fit in with existing tools, such as bednets and drugs. The mood is best captured by one of the moderator’s remarks along these lines: “Use of genetic modification and gene-drive to control vector-borne diseases could be risky and expensive but saving lives is priceless and the greater risk is doing nothing”. We hope this is one in many similar workshops to take place in the region in the years to come. 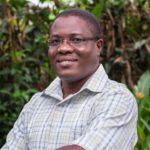