As 2022 begins I would like to take a moment to reflect on the milestones of the past year. Another year of the pandemic meant another year of adaptations and mitigations. Despite these obstacles, the Target Malaria consortium has continued to drive forwards our research, development, and capacity-building activities.

Target Malaria Uganda also had a busy 2021. It was exciting to follow from afar as the team at the Uganda Virus Research Institute (UVRI) set out in October to Jaana Island, Lake Victoria for a three-week entomological expedition to examine the population of An. gambiae using the Close Kin Mark Recapture (CKMR) approach. CKMR is a technique used to estimate the population size of a particular species in an area by identifying close-kin-pairs (parent-offspring or half-siblings) amongst a collection of sampled insects or animals. Our teams will now further examine these mosquitoes in the laboratory to gain a better understanding of the insects. More such expeditions will continue in 2022 for this joint research project between Target Malaria, UVRI and the University of Notre Dame. The insectary team has been working hard to prepare for future work on genetically modified mosquitoes, and concluded an internal audit at the end of the year as part of the regulatory process.

Meanwhile, teams of Target Malaria researchers in Italy and the UK successfully demonstrated that gene drive mosquitoes can reduce mosquito populations in large cages mimicking natural environments[1]. The study marks an important achievement in Target Malaria’s step-wise approach to develop an innovative vector control tool and lays out a successful paradigm for spanning the knowledge gap between the laboratory and the field.

This success was due in part to improvements we made in our genetic constructs to better control when and where it is expressed in the mosquito as highlighted in this publication : Regulating the expression of gene drives is key to increasing their invasive potential and the mitigation of resistance.[2]

As important technical successes were made across the project, we also made progress on the risk assessment front. Our risk and regulatory teams published a paper in Malaria Journal, using problem formulation to evaluate potential impacts that the release of gene drive mosquitoes to fight malaria could have on the environment or on human and animal health. This study represents the first systematic and comprehensive identification of the potential harms of gene drive mosquitoes on environment, animal and human health, and paves the way for a long process of studies, risk and impact assessments that will need to be carried out to analyse risks and benefits of this new technology.

One potentially harmful side-effect of reducing the numbers of An. gambiae mosquitoes is that it could conceivably have cascading ecological effects in the environment. In Ghana, researchers at the University of Ghana teamed up with colleagues from the University of Oxford and the University of Guelph in a ground-breaking research project aimed at investigating the ecological implications of reducing Anopheles gambiae populations. Specifically, researchers have been collecting data in the field that will lead to the creation of an “ecological network” mapping how organisms in the local ecosystem in Ghana interact with An. gambiae mosquitoes. The objective is to understand the role these mosquito species play in the ecosystem and model how current interactions would change if their numbers were to be reduced in an effort to control malaria through gene drive approaches.

These interactions may vary from one location to another, and, in parallel, we have been working in Uganda to characterise the potential predators and competitors of An. gambiae larvae[3]. We have also reviewed the scientific literature to assess the likelihood that reductions in the density of An. gambiae mosquitoes would lead to competitive release of another vector species[4].

Another potential source of risk for CRISPR-based gene drives could arise if they cut non-target sites in the genome (“off-target effects”), and we have been collaborating with experts in the USA to develop methods for detecting these off-target events. Our studies thus far suggest that, with the appropriate design, off-target cleavage rates can be reduced to undetectable levels[5].

Mathematical modelling plays an important role in both our project and in the field of gene drive research and development as a whole, to help guide the laboratory research and predict how performance in the lab will translate into impact in the field. Last year, we used mathematical modelling to investigate how sequence differences between populations could be used to restrict the spread of a gene drive construct [6]; how sequence differences in the same population in different years can be used to estimate the number of mosquitoes [7]; the conditions under which a gene drive is expected to suppress vs. eliminate a target population [8]; and the conditions under which resistance to a gene drive is likely to evolve[9].

The project is very excited to embark on a new kind of study: an Environmental Social, Economic and Health Impact Assessment (ESHIA). This study will be commissioned  in Burkina Faso to identify, analyse and propose management plans for both positive and negative impacts of its next potential release of non gene drive  genetically modified mosquitoes. This assessment will have a vital component of community participation, and we hope it can yield a comprehensive and shared understanding of impacts and plans to manage them. In parallel, the project is also looking at commissioning a scoping study for a Strategic Environmental Assessment (SEA) to initiate a dialogue with a broad base of stakeholders about the potential positive and negative impacts of a future protocol for gene drive mosquito releases as a vector control tool in Africa.

Last year, the project is proud to have published 22 scientific papers.

2021 was also the year that Target Malaria officially launched its social media channels on Twitter and LinkedIn, and we now have a combined following of 1,600 people! Through our new channels, we were excited to take part in Zero Malaria’s  Draw the Line Against Malaria Campaign by with our early career researchers for World Malaria Day.

In the malaria community more broadly, 2021 was a year of continued innovation, excellence in science and progress. While global rollouts of COVID-19 vaccines took place, historic milestones on malaria vaccines unfolded in parallel.

Target Malaria celebrated the World Health Organisation’s recommendation of the first ever malaria vaccine as a complementary tool for malaria prevention for children in Africa. This announcement was an important reminder of the pivotal role of research and innovation in saving lives, and we should congratulate all the researchers involved in this effort that took close to 30 years in the making through a large public-private partnership.

Moreover, following rollout of its mRNA COVID-19 vaccine, BioNTech announced that it aims to develop the first malaria vaccine based on mRNA technology with clinical testing set to start by the end of 2022. BioNTech also shared its plans to explore vaccine production in Africa as part of its efforts to build up manufacturing capacity on the continent. This development highlights the role of continued innovation to stay ahead of the malaria parasite, the importance of bringing research closer to where the needs are, and the need for a multi-pronged, complementary approach. Broad suppression will further reduce the challenge from malaria transmission, particularly in those missed by vaccination and seasonal chemoprevention, and those who are exposed to increased mosquito activity.

In May, the WHO shared its second edition of the WHO Guidance Framework for Testing of Genetically Modified Mosquitoes. Target Malaria welcomed this second edition, as it provides a valuable framework for the consortium’s research giving further emphasis to topics such as: field-testing, governance, development and regulation of genetically modified mosquitoes, including those incorporating gene drive. The WHO also highlights the need to update national biosafety regulations to cover new technologies, new application environments and the inclusion of broader public goods. The Guidance reinforces the WHO statement issued in October 2020 that noted: “Recognizing the urgent need for new tools to combat vector-borne diseases, and in the spirit of fostering innovation, WHO supports the investigation of all potentially beneficial technologies, including genetically modified mosquitoes”.

The World Malaria Report published by the WHO in December was a pivotal moment for the malaria community, revealing an increased total number of malaria deaths, due to a new methodology that re-evaluates the number of malaria deaths among children under the age of five between 2000 and 2020. The report highlighted that Africa continues to suffer the heaviest burden of malaria, accounting for 95% of all malaria cases and 96% of all malaria deaths. The report underscored the need for new approaches and greatly intensified efforts aided by new tools to meet 2030 malaria targets.

In 2021, I was inspired by the remarkable advances made by the malaria community and would like to thank all those who continue to work tirelessly towards our shared goal: a world free of malaria.

Wishing you all a happy and healthy 2022.

[2] Hammond A, Karlsson X, Morianou I, Kyrou K, Beaghton A, Gribble M, Kranjc N, Galizi R, Burt A, Crisanti A, Nolan T. Regulating the expression of gene drives is key to increasing their invasive potential and the mitigation of resistance. PLoS Genet. 2021 Jan 29;17(1) 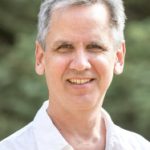