Malaria must die so millions can live

In an ongoing effort to raise awareness of the fight against malaria, the influential Malaria Must Die campaign led by Malaria No More UK is releasing a new, ground-breaking short film, produced by RSA Films Amsterdam. The movie is called “A World Without Malaria” and brings together the special effects’ geniuses behind Hollywood’s Marvel Blockbusters, the Ridley Scott Creative Group, and global icon and Malaria No More and UNICEF Ambassador David Beckham.

Beckham appears as never been seen before – as an older man in his 70’s – sending a message of hope and optimism from a time in the future when we have eradicated one of the world’s oldest and deadliest diseases – malaria. Against the backdrop of the COVID-19 pandemic, the film aims to spread a positive message of hope and reignite the belief that humankind is capable of uniting to defeat diseases. In this past year, COVID-19 has emerged as an additional challenge for health services worldwide and created disruptions in access to malaria treatment. The movie is an urgent call to action for global leaders to remain committed to delivering a safer, malaria-free world.

Directed by John Filipe, the film opens with an older Beckham delivering an inspiring speech to a large, expectant crowd. As he continues to speak, a visual transformation takes place, and the older man changes back into David Beckham today, speaking as a father and calling on innovators, scientists, leaders and people everywhere to contribute for a future free of malaria in our lifetimes – if we keep up the fight and work together to achieve it.

Target Malaria is delighted to be able to showcase this new campaign. To accompany the main film there is a behind-the-scenes montage film that features leading scientists, doctors, researchers, activists, and champions from key organisations who are all playing a critical part in helping to end malaria in a generation. Both the Crisanti Lab – the Imperial College laboratory where the genetic modification of our mosquitoes is carried out – and Dr. Abdoulaye Diabaté, Principal Investigator at Target Malaria Burkina Faso, are showcased in this final montage.

By taking part in this initiative, Target Malaria seeks to inspire political, business and science leaders to step up the fight against malaria at this critical moment in time. Ending malaria in our generation is possible and we are proud to continue working alongside other malaria champions towards achieving this objective and saving children from this disease. 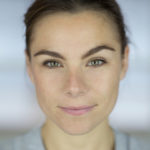