As we start a new year I want to take a moment to look back at some of the key milestones of the one just past. It started with a bang – another tour-de-force publication from the lab of Andrea Crisanti, this one identifying three genes in malaria-transmitting mosquitoes that match the criteria we were looking for, and demonstrating very high homing rates at all three. This was proof of principle that we can make strong gene drive constructs targeting specific genes in the mosquito. Quite rightly, the paper received a great deal of interest from both the scientific community and the media, including the BBC, International Business Times, Nature, STAT, The Wall Street Journal, Forbes, India Today and The Japan Times.

Other important progress that came out during the year, that we either led or participated in, included

Our scientific progress stimulated increased interest from key stakeholders, and during the year we organised or participated in a range of outreach activities, including:

This year also saw the United States National Academies of Sciences, Engineering, and Medicine publish a study examining a range of questions about gene drive research. The report clearly outlines both the tremendous potential of the tools that could be created and the challenges we face in realising this potential. At the other extreme, it was nice to see Target Malaria shortlisted for the WIRED UK innovation awards — these are meant to recognise some of the best ideas and innovations that could change our world, and that’s exactly what our work is about. And in August we started an exciting new funding extension from the Bill & Melinda Gates Foundation worth $35 million over three and a half years to continue the important work of Target Malaria. There’s a lot still to be done, and I am looking forward to seeing what our amazing team can achieve in 2017. 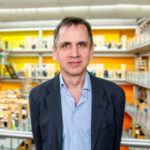