The versatility of the gene editing tool CRISPR-Cas9, originally co-developed by award-winning scientists Emmanuelle Charpentier and Jennifer Doudna, has allowed the development of gene drive systems that hold huge potential for vector control. As a gene editing method, CRISPR-Cas9 is easier to use, faster to develop, and more precise than previously available techniques, allowing researchers to edit the malaria mosquito’s genome with relatively high precision and accuracy.

As research in this field advances and the possibility of field releases of our CRISPR-Cas9-based gene drive strains of the malaria vector Anopheles gambiae becomes more feasible, it is important we assess not only the potential benefits of this new technology, but also any risks that may arise from its use. While CRISPR-Cas9 can precisely cut specific target sequences in the genome, there have previously been reports that, under certain circumstances, it can also cut similar but unintended “non-target” sequences elsewhere in the genome. In theory, such non-target editing could cause undesirable mutations in the gene drive strain. In the majority of cases, it is reasonable to predict that off-target edits will not cause any changes at organismal level, and therefore do not automatically equal harm. Nonetheless, understanding whether CRISPR-Cas9 induced off-target mutations are produced in gene drive strains is an important aspect of risk assessment before any potential field release can be considered.

A new paper, written by our team of researchers at Imperial College London and published in the journal PNAS, explores the phenomenon of off-target effects. We wanted to understand how the design of gene drive transgenes could impact off-target effects and whether CRISPR-Cas9 could induce significant off-target mutations in our gene drive strains.

Working with collaborators at Massachusetts General Hospital, we employed molecular studies to identify a list of potential off-target sites in a variety of gene drive strains that we had previously generated in the lab. These potential off-target candidate sites were further evaluated bioinformatically and then using deep sequencing, to see whether mutations could be detected in the genomes of our gene drive strains.

In one of our earliest CRISPR gene drive strains, we observed off-target mutations at low frequencies but found no evidence that these were able to accumulate in a mosquito population, despite multiple generations’ exposure to CRISPR-Cas9. Moreover, in our more recently designed doublesex-based gene drive strain, no detectable evidence of off-target mutations was found. Off-target effects must therefore be evaluated on a case-by-case basis for each mosquito strain bearing a gene drive transgene. Comparing the features of transgenes in these different strains, we were able to conclude that selective design of the sequence of the guide RNA, combined with tight temporal constriction of Cas9 expression, can yield CRISPR gene drive strains that show no detectable off-target mutations.

This study demonstrates that CRISPR-Cas9 off-target editing in the context of a mosquito gene drive can be reduced to undetectable levels with the appropriate design of transgenes and represents an important contribution to risk assessment of the potential field use of our gene drive strains to control malaria vectors. 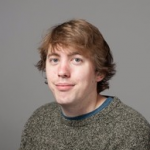